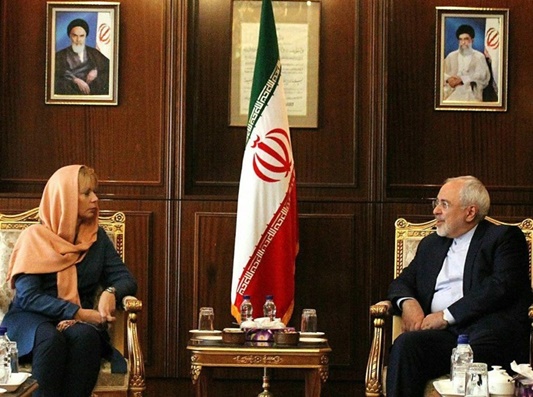 Iranian Foreign Minister Mohammad Javad Zarif stressed that Tehran and Brussels should get rid of barriers to the enhancement of ties between the two sides.

The European Union should not be influenced by other countries and powers in development of its cooperation with Iran, Zarif said Tuesday in a meeting in Tehran with EU commissioner for internal market, industry, entrepreneurship and small and medium sized enterprises (SMEs), Elzbieta Bienkowska.

He pointed to the various grounds for collaborations between the private and public sectors of Iran and the EU, underlining the need for removing the obstacles to the expansion of the relations.

Iran’s top diplomat also highlighted the EU’s role in taking advantage of the atmosphere created after the lifting of anti-Tehran sanctions.

All nuclear-related sanctions against Iran were terminated after coming into force in January of the Joint Comprehensive Plan of Action (JCPOA), a nuclear deal between Iran and world powers.

Bienkowska, for her part, called for promotion of long-term cooperation between Iran and the EU in different areas.

She referred to European citizens’ willingness to visit Iran and described tourism as one of the most prepared grounds for boosting cooperation between the two sides.