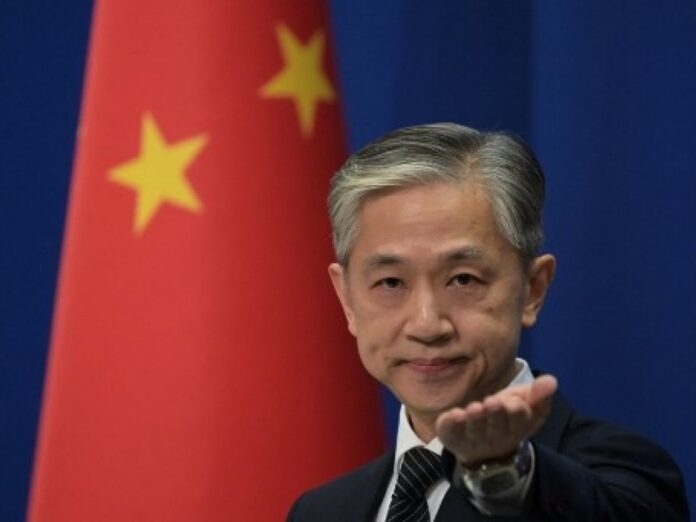 Beijing has called on Washington to “thoroughly correct its wrong policy of maximum pressure” against Tehran in order to bring the 2015 landmark agreement back on the right track. China has also welcomed Iran’s announcement of its return to the nuclear negotiations before the end of November.

“The US should thoroughly correct its wrong policy of ‘maximum pressure’ on Iran, and Iran should resume full compliance on this basis,” Wang Wenbin, a Chinese Foreign Ministry spokesperson, said.

“Other parties should also create a favorable atmosphere for achieving the above goals,” he added.

Wang stressed that it is in the common interests of the international community to bring the deal, officially called the Joint Comprehensive Plan of Action (JCPOA), back on track as soon as possible and promote regional peace and stability.

He made the remarks a day after Iran’s new lead negotiator, Ali Baqeri-Kani, announced that the negotiations to revive the JCPOA will resume before the end of November.

There has been mounting pressure on Tehran to return to the negotiating table in recent weeks.

Back in April, Iran and the remaining parties to the landmark nuclear deal began negotiations to restore the deal. The talks were paused in late June, after Iran’s presidential election.

But according to Baqeri-Kani, the exact date of the next meeting would be announced in the course of the next week.

“China welcomes Iran’s announcement of its return to the Vienna negotiations before the end of November, appreciates Iran’s invitation for the IAEA chief’s visit, and supports both sides in resolving differences through dialogue,” Wang stated during his Thursday presser.

Noting the “important progress” made in the previous six rounds of negotiations, he said all parties should make renewed efforts to push for breakthroughs in the negotiations based on the principle of objectivity and justice.

“China will stay in close communication with relevant parties, take a constructive part in negotiations, firmly uphold the JCPOA and push for the political and diplomatic settlement of the Iranian nuclear issue,” the Chinese spokesman continued, adding, “At the same time, we will resolutely safeguard our legitimate rights and interests.”

The current complications surrounding the full implementation of the JCPOA by all sides began after the US unilaterally withdrew from the deal in May 2018 and reinstated the harsh economic sanctions on Iran that were lifted after the deal went into force in January 2016.

Following the US withdrawal, Tehran waited a whole year for the remaining parties to the deal, mainly the Europeans, —France, Britain, Germany—to secure its economic interests under the accord.

However, as the European trio failed to honor their commitments by safeguarding Iran’s economy from Washington’s so-called maximum pressure policy, the Islamic Republic began to exceed the limits set by the JCPOA on its nuclear work in May 2019, as part of its right under the deal.

On Wednesday, Baqeri-Kani told Press TV that Iran is dead set on its position of engaging in only “result-oriented” negotiations via the Vienna format.

“Result-oriented talks are acceptable for us; talks that will have practical outcomes; talks that will lead to the removal of cruel and illegal sanctions. But we do not accept talks for the sake of talks and reject them,” he stressed, following a long meeting with Enrique Mora, the European Union’s deputy foreign policy chief, in Brussels.