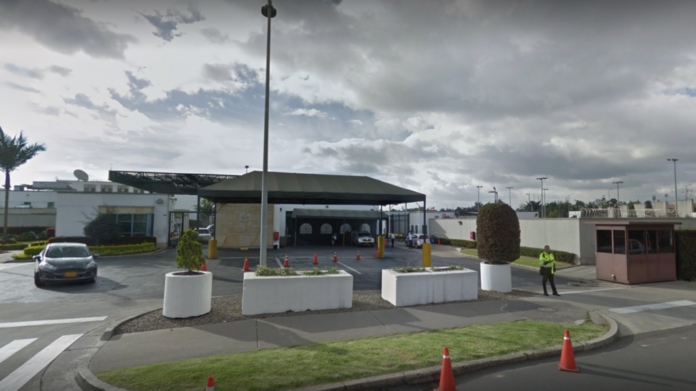 Several American employees at the US Embassy in Colombia and their family members have reported symptoms consistent with “Havana syndrome” in recent weeks. The incident comes as the US Secretary of State Tony Blinken is set to visit Bogota next week.

Hundreds of U.S. government officials have been afflicted by the mysterious illness in recent years in diplomatic missions across the world.

The U.S. Embassy in Colombia is looking into several cases of people reporting coming down with Havana syndrome, just days before the secretary of state is scheduled to travel to the country.

The Wall Street Journal reported on Tuesday, citing emails sent by U.S. Ambassador to Colombia Philip Goldberg and other officials to embassy personnel, that the embassy in Colombia is investigating a number of potential cases of the mysterious illness.

In one email sent in mid-September, embassy personnel were informed of “an unexplained health incident,” according to the Journal, which reviewed the messages.

Days later, on Oct. 1, employees at the embassy were told that the regional security office was looking into “additional Anomalous Health Incidents [AHIs],” which is the phrase the U.S. government uses to discuss what is commonly referred to as Havana syndrome.

That email added that “there is no stigma to reporting any health-related incident in which the underlying causes are not known,” according to the Journal.

The State Department, in the emails uncovered by the Journal, stated it would respond to the situation “seriously, with objectivity and with sensitivity” as it works to find out who has been affected by the mysterious virus.

One U.S. official told the newspaper that at least two cases are known, both of whom are American citizens, but it is believed that others were affected.

The source also noted at least one family was transported out of the country through air travel to receive treatment, adding that in recent days concerns have become “more serious.”

A person with knowledge of the situation at the embassy told the Journal that one of the family members affected is a minor.

The American Citizen Service Unit at the U.S. Embassy in Bogotá told The Hill that it does not have any information about Havana Syndrome cases.

“The U.S. Department of State has no greater priority than the safety and security of U.S. citizens overseas,” the unit said, adding “we would like to inform you that unfortunately we do not have information about Havana Syndrome cases.”

Reports of potential Havana syndrome cases have surfaced in recent months among American diplomats and intelligence officers overseas. Symptoms associated with the mysterious illness include dizziness, headache, fatigue, nausea, anxiety, cognitive difficulties, ringing in the head and memory loss, according to the Journal.

State Department spokesperson Ned Price on Tuesday would not comment on the report, reiterating the seriousness that the State Department takes related to reports of “anomalous health incidents,” how the agency refers to the mysterious health occurrences that are often called Havana syndrome.

“We are just not speaking to the press. We’re speaking to our workforce,” Price told reporters in a briefing.

Price added that the State Department has made an effort to better inform and educate State Department staff serving overseas on how to identify and report AHIs and provide care when such incidents are reported.

“We are communicating with our workforce. We are instituting new training modules to ensure that outgoing State Department officers know how to detect a potential anomalous health incident, they know how to report a potential anomalous health incident and they know to whom to turn should they need to report it, they know the type of assistance that they can receive, their families are apprised of of these dynamics as well,” he continued.

The incident marks the latest in reports of the mysterious illness affecting travel for U.S. officials.

Vice President Kamala Harris’s trip to Vietnam was delayed in August after at least two U.S. diplomats in the country had to be evacuated because of the illness.

Last month, reports surfaced that a member of CIA Director William Burns’s team who was traveling with him to India had symptoms that coincided with Havana syndrome and had to receive medical attention.