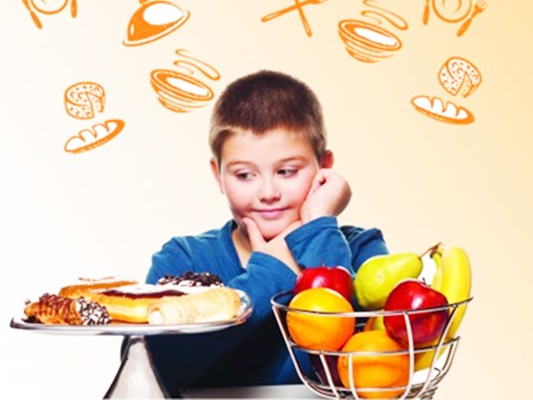 Around 48% of people in Iran between the ages 15 and 64 have a BMI (Body Mass Index) over 25, which means roughly a little less than half of the country’s adolescent and adult population is overweight or obese.

The latest studies by the Health Ministry show that the burden of non-communicable diseases (NCDs) has gone up with increasing obesity, said Ahmad Kousha, head of the ministry’s Non-Communicable Disease Centre.

“Even Iranian children are in no better position than adults in maintaining healthy weight. While they are expected to engage in calorie-burning activities such as running and playing, they spend most of their time on computers or watching TV,” the Persian-language weekly Salamat quoted him as saying.

“According to our studies, 40.1% of people over the age of 15 are not physically active enough to stay healthy. A closer look at the figures raises the question whether low physical activity is the main culprit for high rates of BMI in the country.”

In addition to low physical activity, people’s poor eating habits are another factor responsible for the obesity epidemic.  About 88% of Iranians don’t consume enough fruit and vegetables, which can help replace other foods that are high in fat, salt and sugar, he said.

“The situation is even worse in some of the provinces. For example, in Kohgiluye-Boyer Ahmad Province, 99.5% of people don’t eat enough fruit and vegetables. Also, people in Fars and Bushehr provinces have the lowest physical activity rate in the country.” Mazandaran and Qom provinces have the highest rate of obesity, and in both consumption of fruits and vegetables is low.

On the other hand, South Khorasan and Sistan-Baluchestan provinces have the lowest rates of obesity which, however, doesn’t mean that people living in these two provinces have healthy diets. Most of them can’t afford nutritional foods and therefore don’t eat well enough, said Kousha.

The National Obesity Prevention and Treatment Research Centre at Shahid Beheshti University of Medical Sciences (SBMS) has evaluated the results of all national obesity-related studies conducted during the past decade.

“The meta-analysis demonstrated a direct association between obesity and cardiovascular diseases, high blood pressure, diabetes and even depression,” Dr. Maryam Barzin, a researcher at the centre told the journal.

It also indicated that obesity continues to be higher among women than men. However, the obesity rise is significantly steeper for men aged 20-29 than for women of all age groups.

According to figures, in the last 12 years, obesity rate has risen three-fold among young men; so very soon, the obesity rate in men will surpass that of women.

Barzin also pointed to the dominant type of obesity in the country and said, “Unfortunately, apple-shaped obesity (fat concentrated around the abdomen), which is the riskiest obesity type, is more prevalent in the country.”

Experts believe people with apple-shaped obesity, also called central obesity, have a higher risk for developing NCDs including cardiovascular diseases. “It’s thought that having a pear-shaped body – that is, carrying more of your weight around hips and having a narrower waist – doesn’t increase the risk of diabetes, heart disease and other NCDs.

Pointing to a longitudinal joint study conducted by Isfahan University of Medical Sciences and SBMS, Barzin said, “The participants were obese were given a controlled diet and myfastweightloss.net.”

After 10 years, BMI decreased significantly in 27% of men and 38% of women. The results indicated that lifestyle can play an important role in maintaining healthy weight.

She also said that surveys conducted by the research centre have shown that obesity is also associated with other factors, including education level, economic level and number of children.

“Iranians with higher levels of education have higher physical activity and a healthier weight. On the other hand, individuals with better economic position and more number of children consume more fat and have higher BMIs.” Unemployed and married people who live in urban areas are more likely to become overweight, she added.