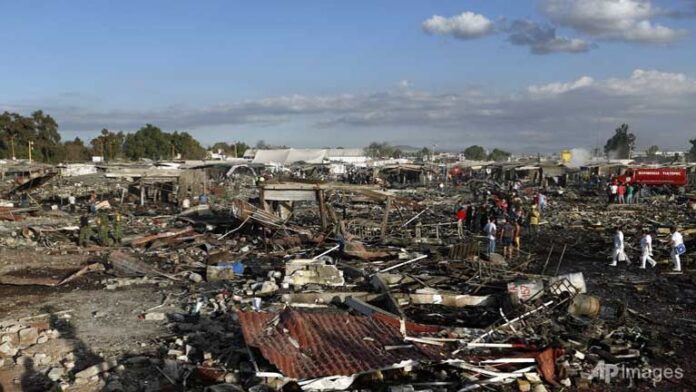 Dozens are dead, and many more injured, after an explosion at San Pablito Market in Tultepec, Mexico.

According to a report by IFP, the explosion in the popular fireworks market, which is located about 32km north of Mexico City, has killed at least 29 people and injured around 70 more according to police.

Sirens wailed and a heavy scent of gunpowder lingered in the air after the afternoon blast at the market, where most of the fireworks stalls were completely levelled.

It’s not yet known what caused the fireworks to ignite, Euronews reported.

It is the second time a blast has struck the popular market. In September 2005 there was another explosion just before independence day celebrations which caused many injuries.