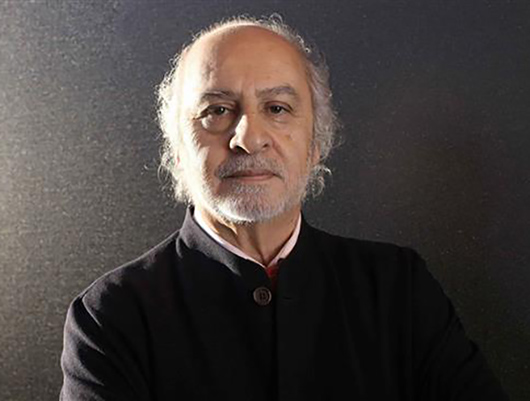 A Chilean film director, screenwriter and film producer, Miguel Ernesto Littin Cucumides, is scheduled to take part in the third edition of the Ammar International Popular Film Festival in the Iranian capital city of Tehran later this month.

According to a report carried by the official website of the festival, the 74-year-old figure will be among the distinguished guests invited to the three-day cultural event.

Littin is globally renowned as one of the most prominent personalities of the New Latin American cinema. He directed what is regarded as the most popular Chilean film of all time, dubbed El Chacal de Nahueltoro (the Jackal of Nahueltoro) in 1969.

The Chilean filmmaker has directed at least 16 feature-length movies as well as documentaries, which have vied at the Cannes Film Festival, the New York Film Festival and the Moscow International Film Festival.

His latest film dubbed Allende en su Laberinto (Allende is his Maze) was produced in 2014. It accounts the last seven hours of the life of former democratically-elected Chilean President Salvador Allende and his close allies inside the Palace of La Moneda, during the brutal military coup d’etat on September 11, 1973.

Allende died of self-inflicted gunshot wounds during the putsch led by then Army Commander-in-Chief Augusto Pinochet and aided by the United States’ Central Intelligence Agency (CIA).

Littín was driven into exile shortly after Pinochet assumed power in Chile. He moved to Mexico and directed several films there, before taking refuge in Nicaragua.

After moving to Spain in 1984, Littín decided to return to Chile in disguise and make a documentary on the condition of the South American country under Pinochet.

He eventually returned to Chile following the resignation of the Pinochet regime.

The third edition of the Ammar International Popular Film Festival (APFF) will kick off on August 24 and will run until August 26, 2016.

More than 5,000 films from 129 countries have reportedly been submitted to the secretariat of the festival, marking a record-breaking number. Several meetings and workshops are slated to be held on the sidelines of the event.

The Ammar Popular Film Festival showcases international documentary films, fiction, animations, clips, music videos, photo albums and other kinds of media with a focus on social and economic issues in Tehran every year.

The theme of this year’s edition is the Influence of Arrogant World Powers on Other Countries. The festival aims to shed light on the CIA-assisted colonial coup in Iran, which overthrew the then government of democratically-elected Prime Minister Mohammad Mosaddeq in favor of cementing the monarchical rule of Mohammad Reza Pahlavi, the then-Iranian monarch, back on August 19, 1953.