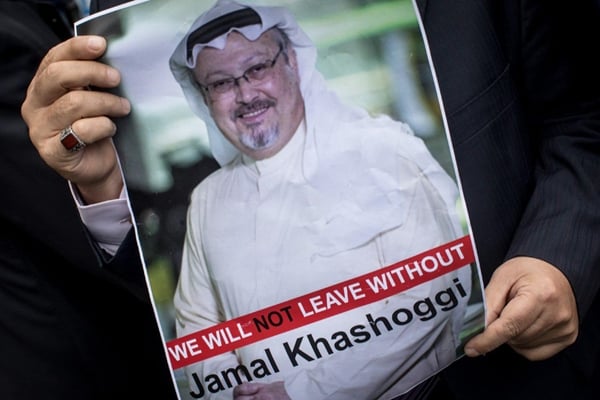 The murder of Jamal Khashoggi, a dissident Saudi journalist, in Turkey has been front-page news in world media since he was reported to have been killed.

59-year-old Khashoggi was a veteran Saudi journalist, foreign correspondent, editor-in-chief and columnist whose works were regarded as very controversial during the ultra-conservative Al Saud dynasty’s rule in the past. After Mohammed bin Salman was picked as Saudi Crown Prince and successor to 82-year-old King Salman, the journalist travelled to the United States in self-imposed exile.

As a journalist writing columns for the Washington Post, Khashoggi wrote articles about Saudi Arabia in which he took a swipe at Riyadh’s war on Yemen, the recent diplomatic row between Saudi Arabia and Canada, and the apprehension of women’s rights activists after women were authorized to drive in Saudi Arabia.

On October 2, Khashoggi paid a visit to the Saudi consulate in Istanbul after lunch to pick up paperwork he needed in order to get married. Hatice Cengiz, Khashoggi’s Turkish fiancée, waited outside the building for several hours and then called the police.

On October 3, the Saudi government issued a statement confirming Khashoggi was missing. It said he disappeared after leaving the consulate building the day before and it was working with the Turkish authorities to find him. Turkish officials said they believe Khashoggi was still inside the building, which they could not search without an invitation.

On October 4, the Turkish government summoned the Saudi ambassador in Ankara to the foreign ministry to discuss Khashoggi’s whereabouts.

It was on Saturday, October 6, when news was released on world media of the murder of Khashoggi. At about midnight local time, Reuters quoted two informed sources in Turkey as saying that Turkish officials believe the Saudi dissident was murdered in the diplomatic mission. Sources confirmed to the Guardian that they believed the journalist was dead, adding that he had been tortured and his body removed from the premises.

A Turkish authority told Reuters that Ankara is of the conviction that the murder was committed with malice aforethought, and that his body had been taken out of the consulate building.

On Sunday, Turkey’s president, Recep Tayyip Erdoğan, said he was “saddened” by the case and will wait for the results of the police investigation.

Later on, human rights activists seriously called for an investigation into the alleged murder. In response to these activists, the UN has also promised to follow up on the killing of the journalist.

The UN and Amnesty International have simultaneously called for separate and independent probes to be launched into Khashoggi’s fate.

In the meantime, the Saudi Press Agency categorically condemned what it called baseless accusations. And as a goodwill gesture, the Saudi Consulate in Istanbul opened its doors to the Reuters reporter and even showed the inside of the lockers and cabinets to the reporter. Hours later, the Arabian Post revealed that Khashoggi had been killed under brutal torture at the Saudi Embassy five days after being kidnapped in Ankara.

Afterward, a member of the US Senate Foreign Relations Committee said if the news was correct, then Washington would have to completely sever its relations with Riyadh. After Chris Murphy’s strong reaction, other senators reacted to the murder as well. Lawmakers from the US Senate and House of Representative expressed concern over Khashoggi’s fate and called on Saudi Arabia to give a clear answer. Then US President Donald Trump broke his silence and implicitly voiced concern over the incident.

Saudi media then went to help Al Saud rulers and, in an interview with Khashoggi’s son, tried to exculpate Riyadh from the accusations levelled against it, accusations which may lead to the straining of relations between Saudi Arabia and Turkey.

Salah Jamal Khashoggi, Jamal Khashoggi’s elder son, said in an interview with Al Arabiya that his last contact with his father was when his father was in the United States. He said he did not know that his father was in Turkey. He said his father is a Saudi citizen who has gone missing, and that he would cooperate with Saudi authorities in order to shed light on the realities of the incident. His son said the incident was a personal and non-political issue and that reliable information was needed. He said all of his family members support the official investigation launched by Saudi Arabia, and that it was only Saudi Arabia that could achieve positive results in the probe and unmask the reality.

His son said that his father’s disappearance was not political, and that “we reject foreign efforts aimed at politicizing the issue.” He also weighed in on Turkish lady Hatice Cengiz, who “claims” to be his father’s fiancé. Khashoggi’s son said he did not know her, and had only heard about her on media. He asked Cengiz to stop kicking up a fuss over his father’s case. He said, “we are his family and it is only us that should ask about the existing ambiguities about him.” Also, Mo’tasem Khashoggi, another member of his family who is a legal advisor, told Al Arabiya that Khashoggi’s family was working in coordination with officials of the Saudi government and trusted the government and its measures and supported all efforts made by the government. The legal advisor said some individuals seeks to politicize the issue, but “we won’t become a plaything in the hands of others and remain loyal to our government and country.”

These remarks are a reminder of comments by Lebanese Prime Minister Saad Hariri, who was under house arrest by Saudi Arabia and finally returned to Lebanon through the mediation of France. 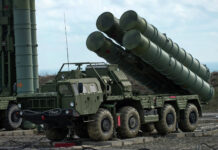