US Presidents All Alike, Iran Expects No Change: Senior Official 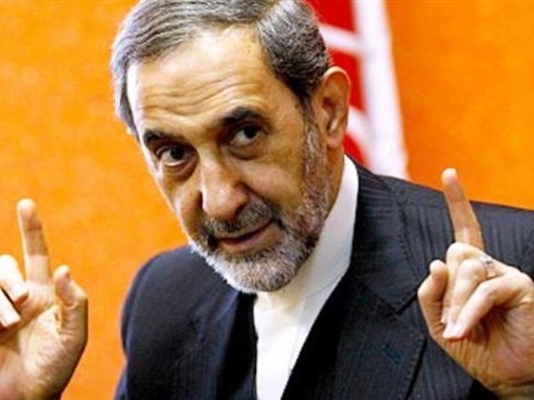 A senior Iranian official says the Islamic Republic expects to see no change in the behavior of the United States toward Iran with the comings and goings of different American presidents.

“We have witnessed Reagan, Bush, Clinton, and Obama presidencies,” said Ali Akbar Velayati, making passing references to presidents who took office in the US after the Islamic Revolution of 1979. “They all treated Iran the same way, and not one of them is different from the others.”

Velayati, who advises Leader of the Islamic Revolution Ayatollah Seyyed Ali Khamenei on international affairs, was speaking in a televised interview on Sunday night.

Remarking on the characteristics of the competing US presidential candidates, Hillary Clinton and Donald Trump, Velayati said they were “the two sides of the same coin.”

‘Why should we talk Syria with US?’

Responding to a question on whether Iran should negotiate with the US on Syria — as some people believe it should, Velayati dismissed such beliefs.

“Are they (the Americans) representing the Syrian people so they can dictate what they should do and so that we need to negotiate with them on who should be Syria’s president?” Velayati asked, rhetorically.

“Why and based on what entitlement are the Americans saying that, ‘[Syrian President] Bashar al-Assad must leave and the person that we have in mind be president?’”

Recalling the experience of previous, fruitless Iranian talks with the US, Velayati said Iran once engaged in negotiations with the US under the auspices of the United Nations (UN) over Afghanistan.

“But as soon as the Americans invaded Afghanistan, … Bush named Iran… part of the ‘axis of evil,’” he said referring to the then-US president George W. Bush.

“This is our experience of negotiations with the US under the auspices of the UN,” he said.

Turning to the issue of Iran’s advisory military help to Iraq and Syria, Velayati said the presence of Iranian advisers there worked to “vaccinate” Iran against the spillover of insecurity.

He also said that one reason for the Iranian presence in the two Arab countries was to prevent their disintegration, which is a plan of the US. “Should such a thing happen, a domino effect would sweep the region.”

‘Saudi Arabia bogged down in Yemen like US in Vietnam’

Velayati also said that Saudi Arabia has been stuck in a cul-de-sac in Yemen, just as the US was bogged down in Vietnam during its war on the Asian country.

Should the Yemenis set their minds to it, they can seize every area they desire across Saudi Arabia, he said, saying that Yemen will emerge victorious from the war, though it has a long road ahead of it in the face of the aggressors.

‘US no more in the saddle’

The senior Iranian official also touched on the US’s position in the world today and said Washington was no more exercising a monopoly over power.

“The presence of the Islamic Republic and its allies and countries like Russia and China, as well as the European countries… [all] show that today’s world is no more unipolar,” he said.

‘Iran was right to negotiate on nuclear issue’

Velayati was asked whether he still supported a deal that Iran has struck with six world powers, including the US, even as Washington has failed to meet some of its commitments under the agreement.

“An alliance had been formed against Iran in the world by the Americans… Thus, we had to dismantle that alliance,” he said, further explaining Iran’s motive to engage in the nuclear talks.

Iran and the six other countries, namely Russia, China, France, Britain, the US and Germany, signed the nuclear deal last year. The deal is dubbed the Joint Comprehensive Plan of Action (JCPOA) and went into effect on January 16, resolving a long-running dispute over the Iranian nuclear program.