“US Congress Is Not A Global Authority” 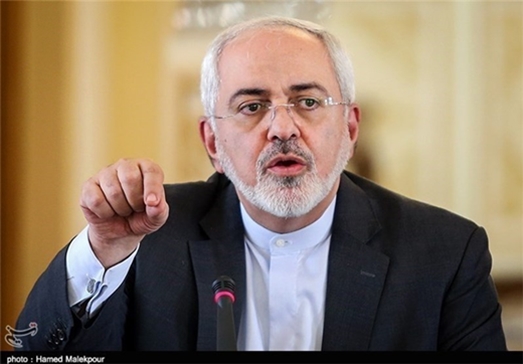 Iranian Foreign Minister Mohammad Javad Zarif sent a reply to a number of US congressmen who had asked for visas to visit Iran, reminding them that members of the Congress do not get to dictate the policies of other sovereign countries.

Back in April, three US congressmen – Mike Pompeo, Lee Zeldin and Frank LoBiondo – went to Iran’s Interests Section in the embassy of Pakistan in Washington to call for visas to visit Iran, saying they wanted to investigate what has been happening now that the US and Iran have entered into a nuclear deal.

In reply, Foreign Minister Zarif released a letter on Tuesday June 7, which is reprinted in its entirety below:

The Foreign Minister has been informed of your letter of April 12, 2016, concerning your purported visa request. In this regard, we draw your attention to the following:

The nuclear agreement known as JCPOA has clearly specified that the sole body competent for monitoring the implementation of its nuclear provisions is the International Atomic Energy Agency (IAEA). No JCPOA participant, including the United States, and certainly no citizen or official of these countries, can arrogate any such right to monitor the implementation of JCPOA to itself, nor are they authorized by the JCPOA or other provisions of international law to encroach upon Iranian sovereignty by claiming such monitoring authority.

In the modern era, visits to sites or parliamentary or other delegations to monitor elections are made upon invitation and through bilateral agreements between sovereign states or based on reciprocal arrangements, and not upon unilateral demands by self-arrogating individuals or parliamentarians. It bears reminding that Iran and the United States do not have diplomatic relations, and as such, there are no reciprocal monitoring arrangements between the two countries.

The US Congress has recently enacted legislation that bars people – ordinarily subject to visa waiver rules – who travel to Iran from entering the United States without obtaining a visa. And, when Secretary Kerry, in fulfilling US obligations emanating from the JCPOA, promised to waive restrictions on the visa waiver program for individuals who have travelled to Iran, some of you are on record as saying that “waiving restrictions for persons who have travelled to Iran or who hold Iranian citizenship would put US citizens at risk”.  Surely it is ironic that you believe that going to Iran would “radicalize” and turn citizens of all other countries into “potential security risks” for the United States; but you still seek to visit Iran and believe that such a visit will have no such radicalizing effect on you.

In spite of your claim, since 1980 – when the US broke off diplomatic relations with Iran – Iranian government officials are generally barred from entering the US. We are only permitted – on a case-by-case basis and after a very lengthy and unusually difficult and highly selective process – to enter the US to attend meetings of international organizations located on US soil; this while the US is legally required to grant free and unrestricted access as per its international obligations under relevant multilateral agreements. This obligation has never been consistently and faithfully observed. And despite what you seem to believe, Iranian diplomats and nationals who work at the United Nations or come to New York to attend UN meetings, are all restricted to a 25-mile radius of Columbus Circle in Manhattan. That is the extent of the hospitality that you boast about in your letter.

From the time when the manufactured “nuclear crisis” has been settled through the JCPOA, tens of thousands of tourists, academics, investors, students and businesspeople from around the world – including many Americans – have obtained visas and travelled to Iran without any delay or complication.  But they have been able to do so by making requests consistent with the relevant regulations of the host country and in the appropriate respectful manner and not in the completely inappropriate way you have demanded to visit Iran and interfere in what is of no relevance to your official functions. We doubt that any self-respecting country would grant a visa under such circumstances.

In sum, we consider your visa request to have been a publicity stunt and not an appropriate request to visit a sovereign country; and it has, and will continue to be, treated in that spirit.