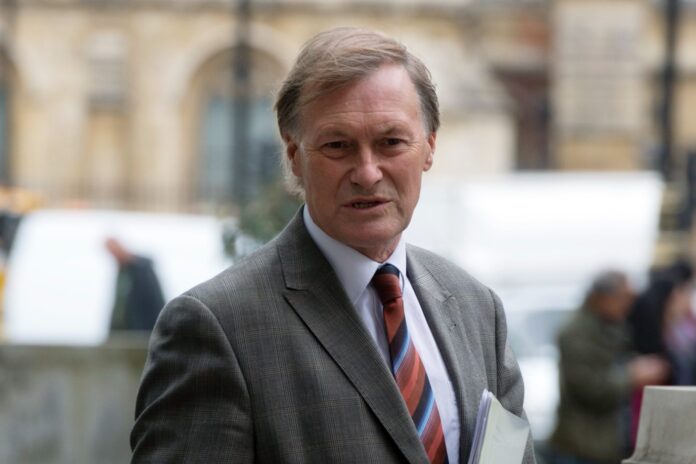 In the UK, Conservative MP Sir David Amess died on Friday after he was stabbed multiple times at his constituency surgery, police say. A man has been arrested on suspicion of murder following the incident. Police have declared the murder a terrorist incident.

Sir David, who represented Southend West in Essex, was attacked shortly after midday on Friday at Belfairs Methodist Church in Leigh-on-Sea.

A man walked into Sir David’s constituency surgery and stabbed him multiple times, with the MP noted to have suffered more than a dozen wounds, according to reports.

Counter-terror police are investigating the incident.

He was found with multiple injuries and, despite the efforts of police officers and paramedics, the MP died at the scene.

A 25-year-old man was immediately arrested at the scene on suspicion of murder and remains in custody. The individual who has been arrested is a British citizen with Somali heritage.

A knife was recovered at the scene.

Essex Police chief constable Ben-Julian Harrington said, “The investigation is in the very early stages and is being led by officers from the Metropolitan Police’s specialist counter terror command.”

“We made it clear at the time of the incident that we did not believe there was any immediate threat to anyone else in the area,” Harrington continued, adding, “It will be for investigators to determine whether or not this may have been a terrorist incident. As always they will keep an open mind.”

Sir David, a 69-year-old father-of-five, had been MP for Southend West since 1997 and first entered parliament in 1983.

He never held a ministerial role during his long parliamentary career and instead focussed his efforts from the back benches of the House of Commons.

Flags at parliament and Downing Street have been lowered to half mast following Sir David’s death.

Prime Minister Boris Johnson described Sir David as “one of the kindest, nicest, most gentle people in politics” and paid tribute to his “outstanding” campaigning work on endometriosis, animal cruelty and fuel poverty.

“David was a man who believed passionately in this country and its future,” Johnson stated, adding, “We’ve lost today a fine public servant and a much-loved friend and colleague.”

Labour leader Sir Keir Starmer described a “dark and shocking day” as he urged people to “come together in response to these horrendous events”.

“The whole country will feel it acutely, perhaps the more so because we have, heartbreakingly, been here before,” he said.

“We will show once more that violence, intimidation and threats to our democracy will never prevail over the tireless commitment of public servants simply doing their jobs,” he added.

Commons Speaker Sir Lindsay Hoyle noted that “this is an incident that will send shockwaves across the parliamentary community and the whole country”.

“In the coming days we will need to discuss and examine MPs’ security and any measures to be taken, but for now, our thoughts and prayers are with David’s family, friends and colleagues,” he stressed.

Following the killing of Sir David, Patel chaired a meeting of police, security and intelligence agencies and also spoke to Speaker Sir Lindsay.

“The home secretary has asked all police forces to review security arrangements for MPs with immediate effect and will provide updates in due course,” a spokesman for Patel noted.

Later, police announced the fatal stabbing of Sir David has been declared as a terrorist incident.