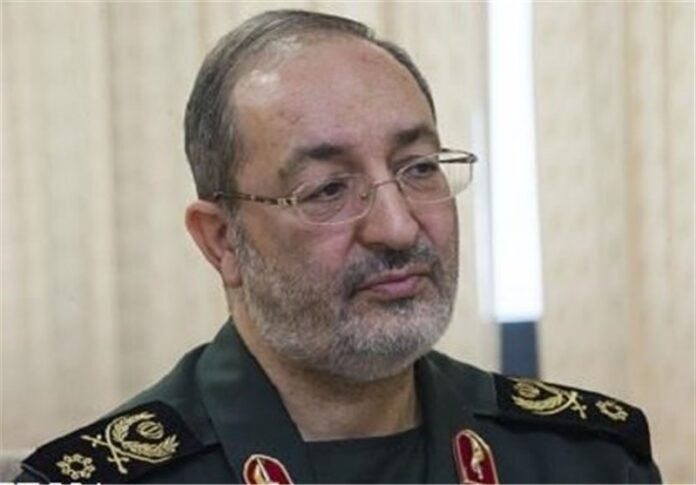 Deputy Chief of Staff of the Iranian Armed Forces Brigadier General Masoud Jazayeri said on Saturday that Washington’s continuous rhetoric and threat of fresh anti-Iran sanctions will result in a boost to Tehran’s military capabilities.

“We have always developed defense capacities in the country proportional to the threats; thus, we will expand our military and defensive capabilities in direct proportion to the rise in the Great Satan’s pressure and threats,” the top commander said, referring to the US.

While the US is intensifying pressure on Iran, the Islamic Republic will have no choice but to upgrade its defensive preparedness, he added.

Jazayeri noted that the US breach of commitments are being laid bare while the Joint Comprehensive Plan of Action (JCPOA), a lasting nuclear deal between Iran and the Group 5+1 (Russia, China, the US, Britain, France and Germany), is only steps away from being implemented.

The commander stressed that the US rulers, who are known as the biggest violators of human rights, have no right to talk about Iran’s military equipment.

His comments came after reports that the US Treasury Department would impose fresh sanctions against individuals in Iran, Hong Kong, and the United Arab Emirates following Iran’s missile testing in October and November.

One day after the announcement, the White House announced it had delayed the fresh sanctions against Tehran.