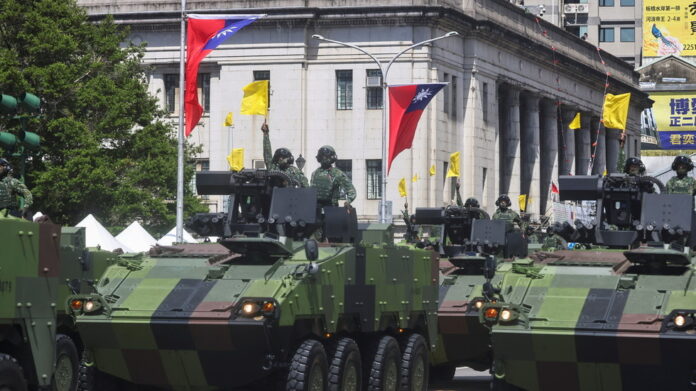 Taiwan has ruled out the possibility of starting a war with China but stressed it will defend itself “full on” if attacked. Tensions between the two sides have escalated in recent weeks over a range of issues. China regards Taiwan as part of its own territory.

The Taiwanese defense minister has vowed that the island won’t be the one instigating conflict amid a spike in tensions with Beijing, which recently staged beach war drills in a nearby province.

Speaking on Thursday, Defense Minister Chiu Kuo-cheng told a parliamentary committee meeting that the island will defend itself if attacked, but that it will not initiate conflict and seeks to maintain the status quo.

“What is clearest is that the Republic of China [Taiwan] absolutely will not start or set off a war, but if there are movements we will meet the enemy full on,” the defense minister stated.

Chiu contended that Beijing aimed to put pressure on Taiwan – which Beijing considers to be part of China – while also warning Western nations not to get involved in the dispute over the island’s independence.

The minister concurred with a lawmaker who suggested that China’s air force was constrained by finite air-to-air refueling capacity and noted that only a limited number of Beijing’s aircraft had flown over the Bashi Channel, a body of water that sits some distance from mainland China and separates Taiwan from the Philippines.

According to maps drawn up by Chiu’s ministry, Chinese aircraft have been keeping closer to the mainland in recent incursions into Taiwan’s air defense zone.

Chinese forces also carried out beach landing and assault drills in the southern part of Fujian province on Monday; the region sits just across the sea from Taiwan. According to the official People’s Liberation Army Daily newspaper, the drills involved “shock” troops, sappers, and boat specialists.

On Wednesday, Ma Xiaoguang, spokesman for China’s Taiwan Affairs Office, stressed that the exercise was “absolutely just” and a response to Taipei’s “bogus accusations” against Beijing and collusion with foreign powers.