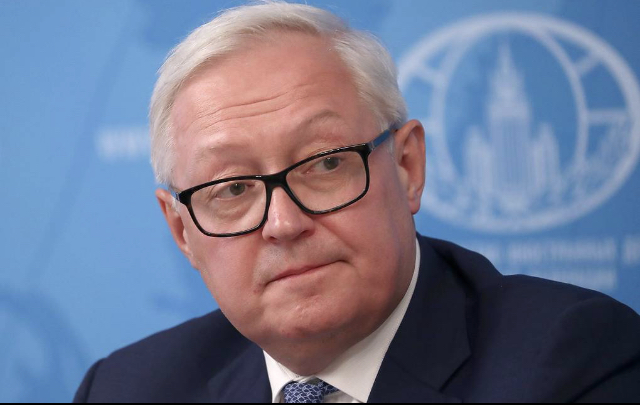 Russia warns the West against raising stakes on the restoration of Iran's nuclear deal, including those via the board of governors of the International Atomic Energy Agency (IAEA).

“We warn our Western colleagues against further raising stakes in terms of developing some formulations ‘condemning’ Iran that could be included in a hypothetical resolution of the IAEA Board of Governors,” Ryabkov old Sputnik on Wednesday, pointing to a number of leaks on the matter in US media outlets.

“We know that the Western circles are engaged in some coordination on this topic. In our upcoming conversation with Robert Malley, we will outline our position,” Ryabkov added.

The Russian diplomat emphasized the need to exercise restraint and keep looking for compromise persistently yet patiently.

Russia notes that Iran’s nuclear program keeps developing but believes this process could be reversed if the negotiations in Vienna are resumed, Ryabkov stated.

“Iran’s nuclear program is developing. I emphasize that Iran’s actions in this area are reversible, a return to the ‘original settings’ of the Joint Comprehensive Plan of Action (JCPOA) is possible. To do this, it is necessary to resume the negotiations in Vienna as soon as possible,” he continued.

Ryabkov noted he will meet with Malley later on Wednesday to discuss the resumption of the negotiations in Vienna aimed at restoring the JCPOA.

“Today, I will hold consultations with US special envoy for Iran Robert Malley in Moscow. We will focus on the situation around the task of resuming the negotiations in Vienna, as the pause is protracted,” Ryabkov stated.

Ryabkov expressed hope that the US will have a balanced and responsible approach and will not complicate the situation further with its statements and deeds.

The top diplomat also told TASS it is unacceptable to depart from the negotiating positions that were achieved in the Vienna talks on Iran’s nuclear program.

“It is unacceptable to depart from these negotiating positions. Attempts to revise what was agreed in Vienna would be counterproductive and we will keep sending signals about that both to Iran and our colleagues from the Western group,” he pointed out.

Ryabkov pointed out that Moscow maintained close contact with all parties to the negotiation process, holding teleconferences and consultations through embassies.

“We have a deep partnership with China. China’s position on the Iran issue is similar to ours. We are content with how our countries are pursuing a policy aimed at finding a comprehensive solution to the task of restoring the JCPOA. We will try to make every possible effort to encourage our Western colleagues to do the same. Consequently, consultations with the US envoy are part of these efforts,” Ryabkov concluded.

Talks involving Iran and five world powers (Russia, the United Kingdom, Germany, China and France) on restoring the original nuclear deal have been taking place in Vienna since April. The agenda includes issues related to the lifting of US sanctions on Iran, Tehran’s implementation of its nuclear obligations and the United States’ return to the JCPOA. The deal’s participants are also holding separate consultations with the US, which don’t involve Iran. The delegations initially planned to complete the work in late May.