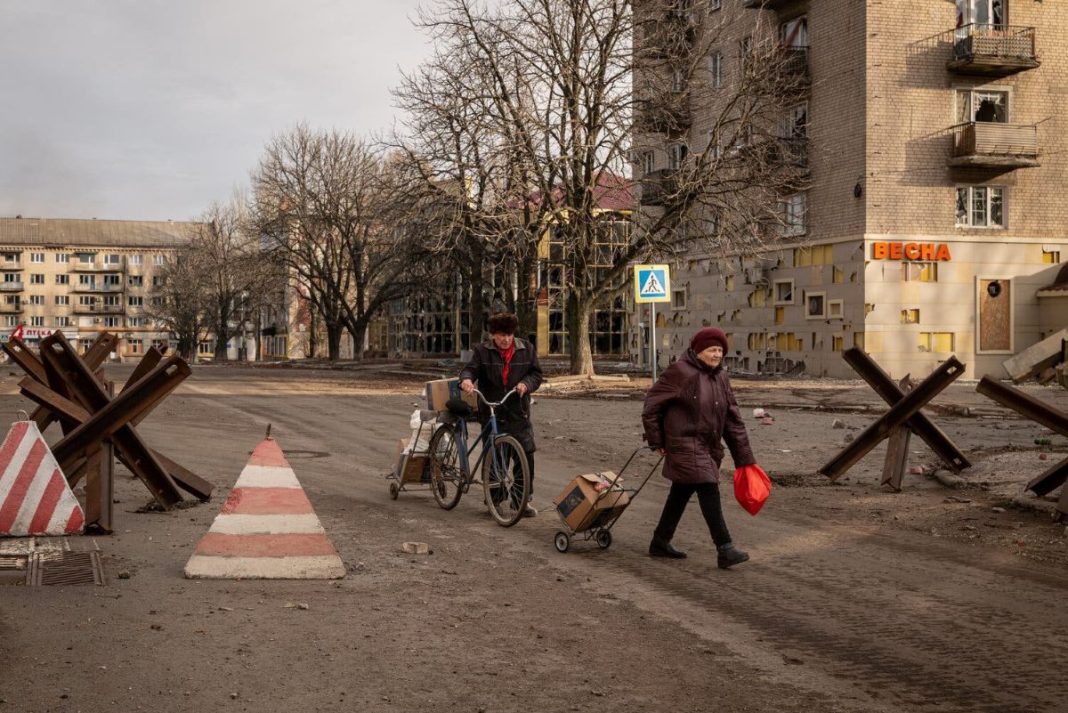 As well as Ukraine and the United States, the Institute for the Study of War think-tank has agreed that President Vladimir Putin’s truce could be a ruse allowing Russia to regroup.

“Such a pause would disproportionately benefit Russian troops and begin to deprive Ukraine of the initiative,” the think-tank said.

“Putin cannot reasonably expect Ukraine to meet the terms of this suddenly declared cease-fire and may have called for the cease-fire to frame Ukraine as unaccommodating and unwilling to take the necessary steps toward negotiations,” it added.

Ceasefire ordered by Putin and rejected by Ukraine comes into effect

Russian state media says a ceasefire ordered by President Vladimir Putin on Thursday has come into effect in Ukraine.

“At noon today, the ceasefire regime came into force on the entire contact line,” Russia’s state First Channel said, adding, “It will continue until the end of January 7.”

The 36-hour ceasefire is to respect Orthodox Christmas, but Ukraine has rejected the effort as a cynical ploy.

Hypersonic missiles will soon be close to NATO’s shores: Ex-president

Former Russian President Dmitry Medvedev has warned the United States that hypersonic missiles would soon be close to NATO’s shores after the US embassy said in a video it stood in solidarity with Russians who opposed the war in Ukraine.

“The main gift for the New Year with an ammunition package of Zircon missiles left yesterday for the shores of NATO countries,” Medvedev said, referring to President Vladimir Putin’s deployment of a warship with hypersonic cruise missiles to the Atlantic.

Medvedev stated the missiles could be placed 100 miles (160km) off the US coast, adding: “So rejoice! It will bring to their senses anyone who poses a direct threat to Russia and our allies.”

Belarus, who is a close Moscow ally, said it would receive more weapons and equipment from Russia on Thursday as the two boost their military cooperation.

This has raised increasing concern that Belarus could be used as a staging post to attack Ukraine from the north.

Ukrainian President Volodymyr Zelensky said that Russia was seeking a truce to use as a cover to stop Ukrainian advances in the eastern Donbas region and bring in more men and equipment.

“They now want to use Christmas as a cover, albeit briefly, to stop the advances of our boys in Donbas and bring equipment, ammunitions and mobilised troops closer to our positions,” Zelensky stated in his nightly video address, speaking pointedly in Russian rather than Ukrainian.

“What will that give them? Only yet another increase in their total losses,” he continued, adding the war “will end either when your soldiers leave or we throw them out”.

The Pentagon announced the world was deeply sceptical about President Vladimir Putin’s call for a 36-hour ceasefire in Ukraine.

“I think that there’s significant scepticism both here in the US and around the world right now, given Russia’s long track record of propaganda, disinformation, and its relentless attacks against Ukrainian cities and civilians,” Pentagon spokesman Brigadier General Patrick Ryder told reporters.

“Our focus will continue to be on supporting Ukraine,” Ryder added.

In addition to Washington’s latest aid package, Germany will also supply Ukraine with armoured vehicles, Chancellor Olaf Scholz and US President Joe Biden said in a joint statement issued after a telephone call.

In a statement, the White House confirmed the US will supply Ukraine with Bradley infantry fighting vehicles and that “Germany intends to provide Ukraine with Marder Infantry Fighting Vehicles”.

“Both countries plan to train Ukrainian forces on the respective systems,” the statement added.

President Joe Biden said that Russian President Vladimir Putin’s call for a temporary, Christmas cease-fire is an effort to “find some oxygen,” dismissing that the Kremlin is serious about finding an off ramp for its assault against Ukraine.

The president stated he was “reluctant to respond to anything Putin says,” but characterized the Kremlin as cynically attacking civilians over the December holidays.

“He was ready to bomb hospitals and nurseries and churches on the 25th and New Years — I mean, I think he’s trying to find some oxygen,” Biden added.

State Department spokesperson Ned Price expanded on Biden’s remarks, saying the administration views Russia’s call for a cease-fire as a “cynical ploy … to rest, to refit, to regroup, and ultimately to reattack, to reattack with potentially even more vengeance, even more brutality, even more lethality, if they had their way.”

Price further noted that the administration has not seen any indication that Russia was open to negotiations or any diplomacy.

President Vladimir Putin has ordered the Russian military to impose a cessation in hostilities in Ukraine. Hours earlier, Primate of the Russian Orthodox Church, Patriarch Kirill, had called on both sides of the conflict to cease hostilities in the run-up to, and during, the Orthodox Christmas holiday.

According to the Kremlin, the truce is to last from noon local time on Friday January 6 until midnight on Saturday January 7.

“Judging by the fact that a lot of citizens who practice the Orthodox religion live in the embattled area, we call upon the Ukrainian side to proclaim a cessation of hostilities and give them the opportunity to attend services on Christmas Eve and on Christmas Day,” a Kremlin statement reads.

Earlier on Thursday, Putin discussed the prospect of peace negotiations with Ukraine in a call with his Turkish counterpart, Recep Tayyip Erdogan. The Russian president reiterated that Moscow was “open to serious dialogue” with Kiev if the latter recognized the “new territorial realities.”

Erdogan responded that “calls for peace and negotiations should be supported by a unilateral declaration of ceasefire and a vision of a just solution” to the conflict.