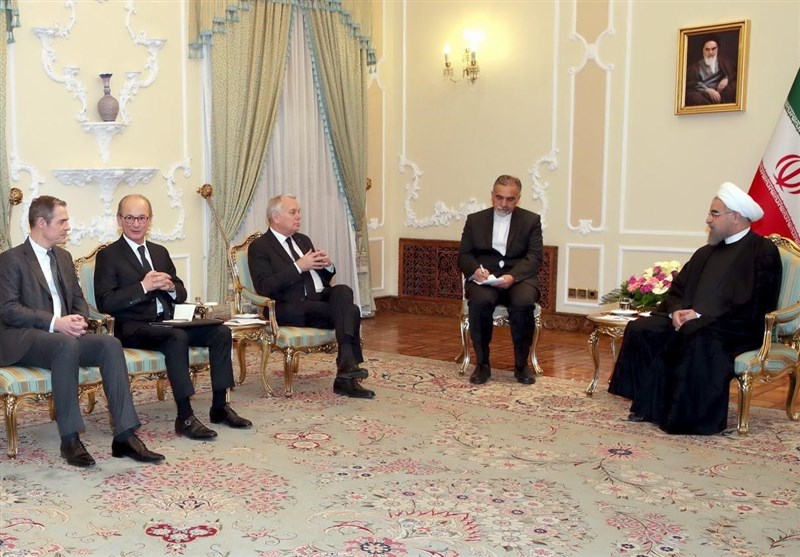 Iranian President Hassan Rouhani underscored Tehran’s resolve to fight terrorism in the region, but at the same time urged global cooperation against the inauspicious phenomenon.

In a meeting with French Foreign Minister Jean-Marc Ayrault in Tehran on Tuesday, Rouhani said strengthening cooperation among all countries across the world in the fight against terrorism is very important.

He noted that the Islamic Republic as a victim of terrorism, is at the forefront of the battle against this vicious phenomenon in the region, adding that to that end France can also play a key role and help promote stability in the region.

Pointing to the Syrian government and nation struggle against terrorist groups, the Iranian president said, “The Syrian crisis has no military solution and must only be settled through political approaches.”

He added that Syria needed a political change, which should be carried out only by its own people.

Also at the meeting, Rouhani pointed to the nuclear agreement, known as the Joint Comprehensive Plan of Action (JCPOA), between Iran and six world powers, and urged all signatories to the landmark agreement should completely fulfill their commitments under the deal.

He urged all countries to protect and promote the deal “because any damage to it can convey this dangerous message to the world that diplomacy is not capable of solving problems.”

The French foreign minister, for his part, stressed the importance of looking after the JCPOA as an international accomplishment.

Ayrault said the European Union is pursuing a single strategy to safeguarding the JCPOA achievements.

He hailed Iran’s positive role on regional and international issues and expressed hope that the country would continue such a policy.