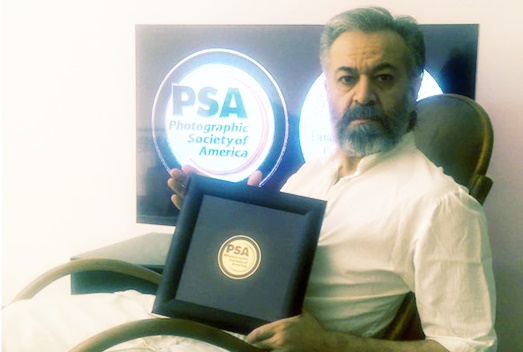 A former Iranian Young Cinema Society (IYCS) trainee has received a gold medal in the 3D Photography Prize, held by the Photographic Society of America.

Faramarz Ghahremanifar confirmed the story on Saturday June 12 as his “Most valuable medal” in 2016, saying, “The 56th 3D Photography Contest gold medal was my 3rd prize; in 2000, I also won a prize for 3D photography, from the Stereoscopic Society of America,” he told reporters.

“I started my career in stereography in 1988 beginning with photographing and directing short 3D films in 1997 in IYCS. With special zest for 3D imaging, I took 3D photography as my major and have been active ever since then,” Ghahremanifar added.

The award winner, who is an expert in cutting-edge photography technology, believed that technology would create new capacities for country’s cinema industry. “I believe 3D photographing is pivotal to 3D filming; the secret for success is having a good photographer, graphic artist, and illustrator, all experts in 3D territory.”

Ghahremanifar received preliminary training at IYCS. “Viewed as recreation, 3D photography carries a specific concept and a message to the audience in each frame, thus making the communication rich and mutually enjoyable. My latest project recently ended, which addressed the rendering of 3D movies for unarmed eyes (that is, without 3D glasses).”