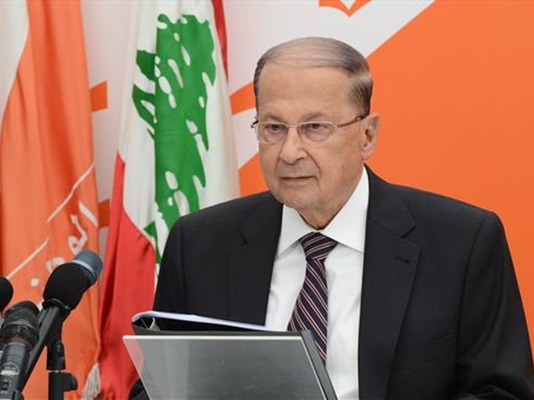 The parliament convened at noon (1000 GMT) Monday for the voting session in its 46th attempt to elect a head of state.

Aoun was elected after four rounds of voting during the session, Press TV reported.

The 81-year-old Christian leader has won the support of two of his greatest rivals: Samir Geagea, leader of the Christian Lebanese Forces, and ex-prime minister, Saad Hariri.

Earlier on October 20, Hariri, the leader Lebanon’s March 14 Alliance and a close ally of Saudi Arabia, voiced support for Aoun, raising hopes for the settlement of a long-running deadlock on Lebanon’s political stage.

He described his surprise endorsement of Aoun as necessary to “protect Lebanon, protect the (political) system, protect the state and protect the Lebanese people.”

Observers view Aoun’s rise to power as a political victory for Hezbollah, which will greatly diminish the Saudi influence in Lebanon’s political arena. The kingdom has been vigorously lobbying to prevent Lebanon’s presidency from being placed in the hands of Hezbollah’s allies.

Following Hariri’s announcement, Thamer al-Sabhan, the new Saudi minister for Persian Gulf affairs, paid a visit to Beirut for talks on the “political developments in Lebanon and the region.”

Sabhan used to serve as the Saudi ambassador to Iraq until recently, but Baghdad asked Riyadh to replace him after the diplomat failed to heed Iraq’s warnings for his interference in the country’s domestic affairs.

According to some Lebanese political sources, Hariri is expected to be appointed as prime minister for the second time.

Analysts say Aoun and Hariri, 46, face a formidable task to win the cross-party support needed to make a new administration a success.

Aoun, the founder of the Free Patriotic Movement, already had the endorsement of Hezbollah.

Nasrallah, who was speaking during a meeting with Aoun, stressed the need for concerted efforts in order to direct the upcoming presidential vote in Lebanon toward a good conclusion.

Under Lebanon’s power-sharing system, the president must be a Christian, the prime minister a Sunni Muslim and the parliament speaker a Shia Muslim.

Hezbollah has accused Saudi Arabia of thwarting political initiatives and blocking the election of a president in Lebanon.

His proposal, however, failed amid reservations on the part of Lebanon’s main Christian parties as well as Hezbollah.