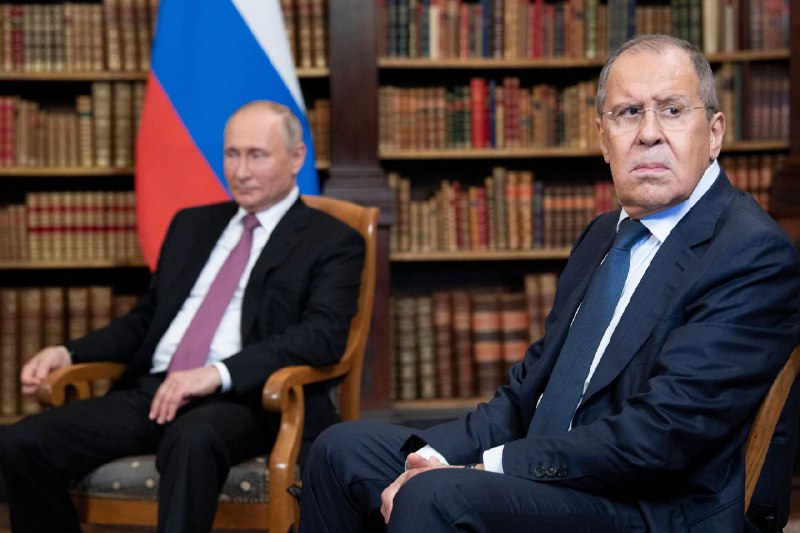 Statements made by ‘anonymous officials’ from the Pentagon about a ‘decapitating strike’ on the Kremlin speak about a threat of an attempted assassination of the Russian president, Foreign Minister Sergey Lavrov said in an interview with TASS.

“Washington is ahead of the others as some ‘anonymous officials’ from Pentagon actually voiced threats to deliver a ‘decapitating strike’ on the Kremlin, which is in fact is a threat of an attempted assassination of the Russian president,” Lavrov stated.

“If such ideas are really pondered by someone, then this someone should think better about possible consequences of such plans,” the minister added.

“It seems that they had shed all the vestiges of respectability,” he continued, noting, “Flamboyant [ex-British PM] Liz Truss is one of the vivid examples as she said straight away in public during her pre-election campaign that she was ready to order a nuclear strike.”

“I am not mentioning here Kiev regime’s over-the-top provocations,” the top diplomat said.

“[Ukrainian President] Vladimir Zelensky managed to persuade NATO states into delivering preventive nuclear strikes against Russia. This is above the limit. However, we heard much worse statements on behalf of the [Kiev] regime’s officials,” he added.

Russia and the United States are unable maintaining a normal path of a conversation due to the confrontational course assumed by US President Joe Biden, Lavrov noted.

“Maintaining a normal conversation with the Biden’s administration, which declares a strategic defeat to our country as one of its aims, is objectively impossible,” Lavrov said, adding that Washington’s “confrontational anti-Russian course keeps assuming a more acute and all-embracing nature.”

Russia’s top diplomat stated that “the Russian-US relations are in a really deplorable state as they had almost stalled due to Washington.”

“We have been consistently explaining to Americans that it is not in our style to intentionally depreciate inter-governmental relations,” Lavrov continued.

“However, we proceed from the stance of reciprocity under any circumstances when it comes to building a dialogue. In other words, as a rule we act according to the principle of ‘an eye for an eye,’ but not necessarily symmetrically,” the senior diplomat stated.