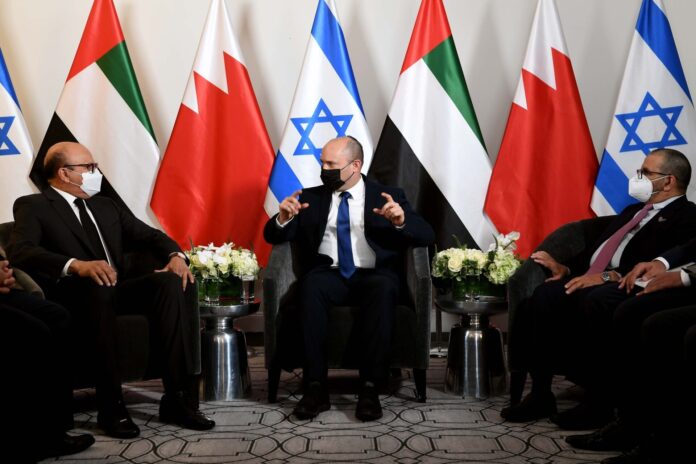 “I am so very happy to meet you. I felt it’s important that we meet to signal the year of the Abraham Accords, which from our perspective is very meaningful,” a statement on the website of the Prime Minister’s Office quoted Bennett’s words.

During their meeting, Bennett noted that Israel wishes to strengthen and expand its relationship with the UAE and Bahrain in all areas and further highlighted how he hopes more countries in the region “will join the circle of peace”.

Bennett also informed Al Zayani and Almarar that he met with the King of Jordan and the President of Egypt who expressed their satisfaction with the relationship between Israel, Bahrain and the UAE.

“We are stable and we believe in this relationship, and we want to expand it as much as possible,” Bennet added.

On Sunday, Bennett travelled to New York where he is expected to speak at the UNGA.

In September 2020, after a series of contacts with Israel at different levels, the UAE and Bahrain, with the mediation of the United States, signed agreements on a full normalization of relations. This meant that embassies could open, direct flights were established, visits by members of the governments were initiated, and tourist trips were restored.