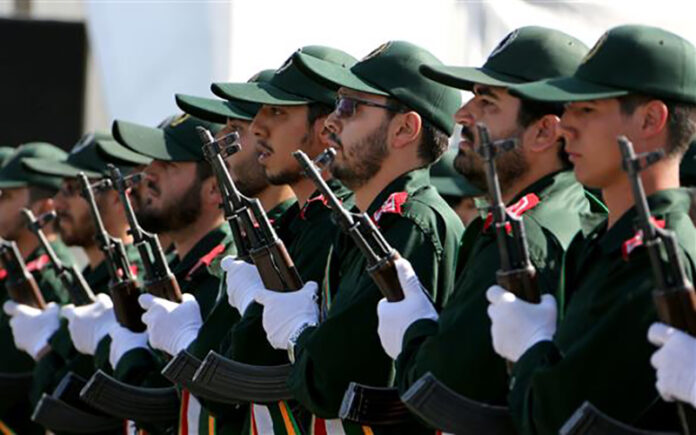 Brigadier General Majid Arjmandfar, an IRGC commander, said on Saturday, July 24, that the two terror cells were successfully busted in the provinces of Kordestan and West Azerbaijan.

They were among five terror groups in total operating in northwestern Iran with the aim of destabilizing the country, he added.

The Iranian troops also engaged the remaining terror groups, inflicting losses on them and forcing their elements to flee the scene, Arjmandfar noted.

He said IRGC forces killed 23 of the terrorists in the clashes and inflicted heavy damage on their bases near the border line.

The counterterrorism operations are underway in the northwestern parts of the country, said the commander, adding that “since last year, Saudi and American intelligence networks have launched a unified agenda to create insecurity in Iran.”

The two countries had ties with “old terrorist groups and PJAK,” an offshoot of Kurdistan Workers’ Party (PKK), pledging to equip and finance the terrorists in meetings held by their missions in Germany and the semi-autonomous Iraqi Kurdistan Region, Arjmandfar further said.

“No matter where these terrorist groups are present to create insecurity, we will nip their terrorist operation and plots in the bud, if we wish,” he said.

Iranian forces have recently engaged in clashes with terror groups, thwarting their terrorist activities on the frontier and within the country, arresting several of them and confiscating large amounts of explosives and bomb-making materials.

On Saturday, Mohsen Rezaei, the secretary of Iran’s Expediency Council, accused the Saudi diplomatic mission in Iraq’s northwest of assisting the notorious Komala terror group in sending militants to Iran.

“In an attempt to interfere in the affairs of Iran and Iraq, the Saudi consulate in Iraq’s northwest helps the Komala terror group dispatch terrorists to Iran,” he said, noting that the plots have all failed due to the “vigilance” of Iranian forces.

“The Saudis are the most evil administration on earth and throw the region into turmoil by their insanity,” he further stated.