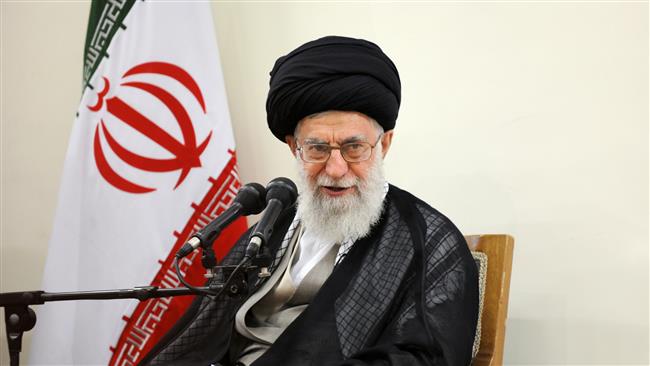 Leader of the Islamic Revolution Ayatollah Seyyed Ali Khamenei has condemned the United Nations for turning a blind eye to Saudi Arabia’s atrocities in Yemen.

In a meeting with the country’s Judiciary officials in Tehran on Wednesday, the Leader said “the UN’s turning a blind eye to the ongoing crimes and child killing in Yemen in exchange for money from some countries” is a disgrace to humanity, with which the Islamic Republic “must deal legally and judicially across the globe.”

Earlier this month, the United Nations briefly blacklisted Saudi Arabia for children’s rights violations in Yemen based on the results of a report which stated the monarchy was responsible for 60 percent of the 785 underage deaths in Yemen last year. But on June 6, United Nations Secretary General Ban Ki-moon removed the kingdom from the list.

Following the U-turn by the UN, Ban admitted that the Saudis were temporarily removed from the list after they administered “undue pressure” on the world body by threatening to cut off funding to humanitarian programs.

Ayatollah Khamenei also stressed that the West’s definition of human rights is established on “false foundations”, therefore “Islamic human rights based on firm and rational foundations have to be defined and pursued” at global legal bodies.

Referring to International Quds Day rallies to denounce Israeli crimes against Palestinians, the Leader said that the Iranian nation and Muslims all around the world will once again raise their voice in support of the Palestinian people on Friday.

Referring to US court rulings based on unsubstantial accusations to seize Iran’s assets, the Leader said the “violation of the Iranian people’s rights as a result of sanctions must be pursued judicially on a global scale.”

After Iran and the five permanent members of the UN Security Council – the United States, France, Britain, China and Russia – plus Germany started implementing the Joint Comprehensive Plan of Action on January 16, all nuclear-related sanctions imposed on Iran by the European Union, the Security Council and the US were lifted. Iran, in return, has put some limitations on its nuclear activities.

In April, the US Supreme Court ruled that around $2 billion of Iran’s frozen assets blocked under US sanctions be turned over to the American families of the victims of a 1983 bombing in the Lebanese capital Beirut and other attacks blamed on Iran. The Islamic Republic has denied any role in the attacks.