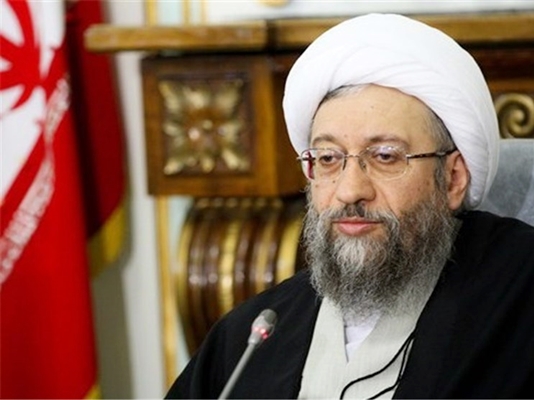 Iranian Judiciary Chief Ayatollah Sadeq Amoli Larijani criticized the US for its support for terrorism in the region, including attempts to save Daesh (ISIL) terrorists in the Iraqi city of Mosul.

“The Americans frequently make excuses in this regard (liberating Mosul from Daesh) and are looking for ways to save the terrorists and help them escape,” Ayatollah Amoli Larijani said Monday in a meeting of judiciary officials.

He described Washington’s conduct of claiming to advocate human rights while backing the most dangerous terrorist groups when it serves its interests as inhumane and immoral.

The Iranian official also deplored the US and European countries for their silence over the crimes committed against innocent Yemenis and stark violations of human rights in the Arabian Peninsula country.

The Iraqi army backed by Hashd al-Shaabi launched an offensive on October 16 aimed at wresting Mosul from the hands of Daesh.

But analysts say the US actually wants to prevent defeat of the terrorists and liberation of Mosul from happening.

Mosul, which is the second largest city in Iraq, fell into the hands of Daesh, believed to have been created and supported by the US and some of its regional allies, in the summer of 2014.

Yemen, meanwhile, has been under brutal airstrikes by a Saudi-led coalition for over 18 months.

Instead of condemning the aggression, though, the US and some other Western countries continue selling weapons and military equipment to the Riyadh regime.