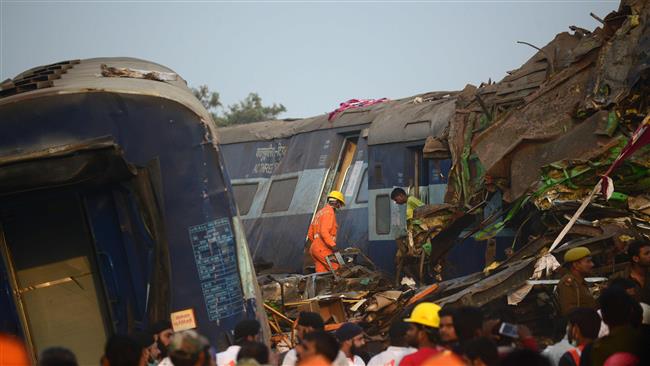 The Iranian Foreign Ministry spokesman has extended the Islamic Republic’s condolences to the Indian government and nation over a fatal train derailment in the country.

Bahram Qassemi on Sunday expressed Iran’s condolences to the families of the victims and wished the injured a speedy recovery.

At least 120 people lost their lives and more than 200 sustained injuries after an Indian express train derailed in the northern state of Uttar Pradesh on Sunday.

The crash took place in the early hours of Sunday when the majority of passengers were asleep.

The train was running from Patna, the capital of the eastern state of Bihar to Indore, a city in the west-central state of Madhya Pradesh.

The death toll is expected to rise as officials say many passengers are still trapped inside the carriages, with police and emergency crew working to pull the victims from the twisted wreckage.

Police officials said people were still missing as authorities tried to ascertain what caused 14 carriages of the train to suddenly roll off the tracks in Pukhrayan, 65 kilometers south of Kanpur city.