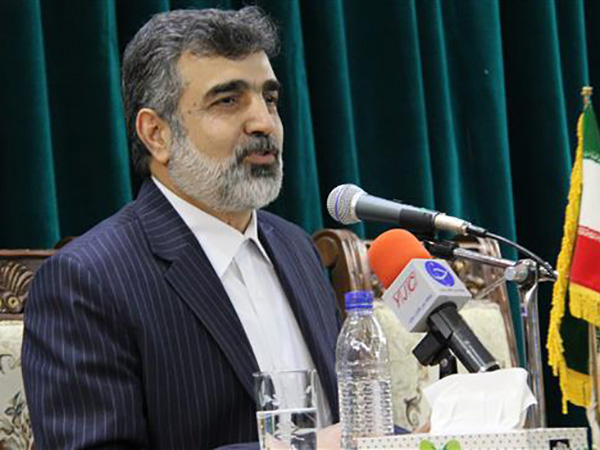 Behrouz Kamalvandi, who is the spokesman for the Atomic Energy Organization of Iran (AEOI), said Friday that the volume of the nuclear material sought by the companies stands at “several tons.”

He explained that Iran currently has no surplus of heavy water and that countries seeking purchases will have to place orders several months in advance.

“Even so, we will be hard pressed to address such orders by the year-end if we do receive them,” he told the Fars news agency in an interview.

Iran, which had been the subject of tight sanctions over its nuclear program until recently, has found new markets for its heavy water following a deal that it struck with six world powers last year.

The agreement, known as the Joint Comprehensive Plan of Action (JCPOA), was reached in July 2015 and began being implemented in January this year.

The US, one of the parties to the deal, became the first country to buy Iran’s heavy water after the implementation of the agreement.

Earlier this month, Ali Akbar Salehi, the head of the AEOI, said Iran had sold 32 tons of heavy water to the US and delivered 38 tons of the nuclear material to Russia.

Referring to US purchases of Iranian heavy water, Kamalvandi said the Americans congratulated Iranian officials for the high-level purity of the nuclear product after receiving it.

He said the US is currently selling Iran’s heavy water at its pharmaceutical and research markets. “This,” he said, “is a source of national pride.”

The AEOI spokesman further said that so far, Iran has sold 70 tons of its heavy water on the international market thanks to the JCPOA.

Under the deal, Tehran can keep a heavy water stockpile of 130 tons and offer the surplus for sale on the market.

The administration of US President Barack Obama said in April that Washington would buy 8.6 million dollars worth of heavy water from Iran.

Elsewhere in his remarks, Kamalvandi said that Salehi is expected to travel to Poland in a few weeks to expand bilateral nuclear cooperation with Warsaw.

He also said that Iran and Hungary are due to sign a memorandum of understanding (MoU) in the field of nuclear technology.

In a quarterly report on Iran on September 8, Iran’s commitment to the nuclear agreement was confirmed by the International Atomic Energy Organization (IAEA), which is tasked with overseeing the implementation of the JCPOA.