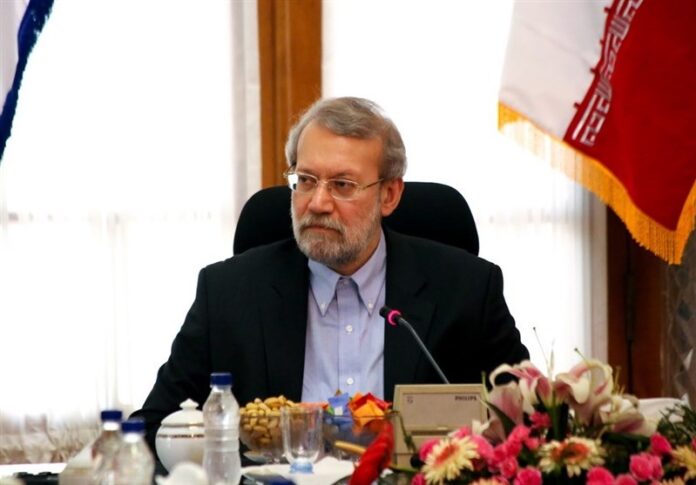 Iranian Parliament Speaker Ali Larijani says terrorists have created chaos in the Middle East, adding that the continuation of conflicts and acts of terror will serve the Israeli regime’s interests.

“The [critical] situation and chaos in the region has been created by a number of terrorists and the enemy does not want this chaos to end,” Larijani said on Saturday.

He added that all Muslim countries, including Syria, Yemen and Iraq, are entangled in conflicts and only the Israeli regime benefits from such a chaotic situation.

He noted that even American and Israeli experts and strategists have confirmed that the current conflicts in the Muslim world best serve the interests of the Zionists and that any success by Iran and the Lebanese resistance movement, Hezbollah, would be detrimental to them.

The top Iranian parliamentarian added that whenever promising prospects emerge for putting an end to the regional conflicts, the world powers rush to hold meetings and try to prolong the crises.

He said these powers have reinforced their links with terrorist groups operating in regional countries and are covertly providing them with weapons and military equipment.

Since March 2011, Syria has been hit by militancy it blames on some Western states and their regional allies. The Syrian military is engaged in an operation to rid the country of Daesh and other terrorist groups.

Over the past months, Syria has managed to recapture swathes of land from Daesh and other groups in the east and north of the country. The Syrian military has used the assistance of fighters from Hezbollah as well as advisory military support from Iran. Russia also helps Syria in the fight against terrorists through a series of coordinated airstrikes on their positions.

This is while Iraqi army troops, backed by fighters from allied Popular Mobilization Units, have been engaged in military operations to win back regions held by Daesh and have managed to liberate most of these areas.

The militants have been committing heinous crimes against all ethnic and religious communities in the northern and western parts of Iraq.