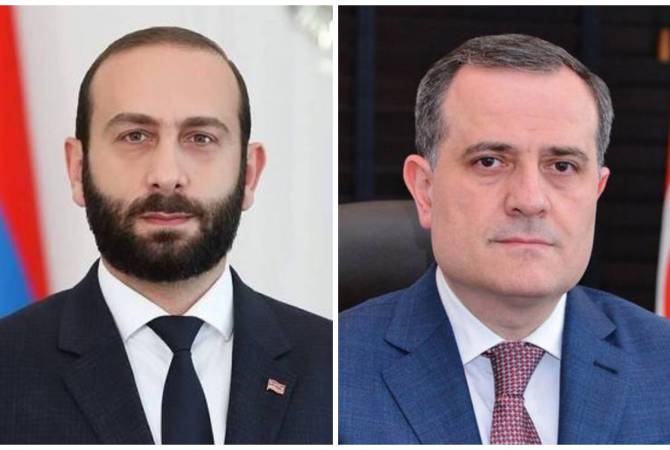 French Foreign Minister Jean-Yves Le Drian held talks with his Azerbaijani and Armenian counterparts in Paris to discuss the Nagorno-Karabakh conflict, before a trilateral meeting.

According to a statement from the France’s Foreign Ministry, Jean-Yves Le Drian held separate meetings with Jeyhun Bayramov and Ararat Mirzoyan, the Armenian Foreign Minister. They then had a trilateral meeting as part of the Organization for Security and Cooperation in Europe (OSCE) Minsk Group.

France seeks to strengthen the dialogue between the parties and establish lasting peace in the South Caucasus, added the statement.

It was also noted that Le Drian wishes to continue the dialogue with Azerbaijan and Armenia.

France has faced criticism for abandoning its neutrality and supporting Armenia in the Nagorno-Karabakh conflict as one of the co-chair countries of the Minsk Group, which was set up by the OSCE.

The Minsk Group, co-chaired by France, Russia and the United States, was formed in 1992 to find a peaceful solution to the conflict between Baku and Yerevan over the occupied Nagorno-Karabakh region. However, for years it has been unable to provide a solution.

Previously, Azerbaijan’s parliament called for France to be stripped of its mediation role in the Nagorno-Karabakh conflict to punish the French Senate for adopting a resolution backing the region’s independence.

Relations between the former Soviet republics of Armenia and Azerbaijan have been tense since 1991, when the Armenian military occupied Nagorno-Karabakh, a territory internationally recognized as part of Azerbaijan, and seven adjacent regions.

The fighting ended with a Russia-brokered agreement on Nov. 10, 2020.

During the 44-day conflict, Azerbaijan liberated several cities and 300 settlements and villages that were under the Armenian occupation for almost 30 years.