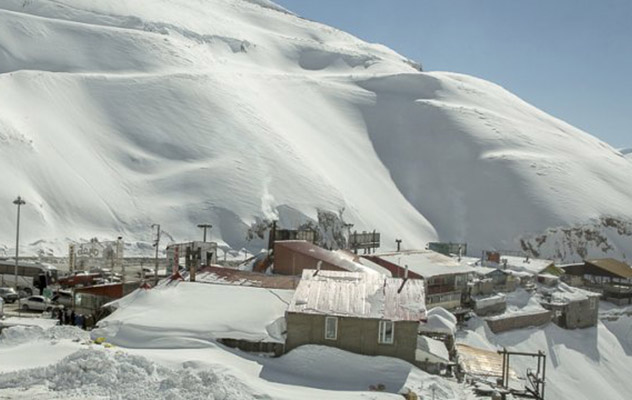 Snowstorm and avalanche in Mobarakabad District in Damavand County, Tehran Province, claimed the lives of three people on Friday, news outlets reported Friday as heavy snow and bitter cold enveloped 18 provinces cutting off electricity and disrupting gas supplies in some regions in the northern regions.

Several cars were trapped under the snow in the area which was battling severe weather conditions over the past couple of days, said Tehran Deputy Governor Hassan Karimi.

“Our teams managed to rescue two people trapped under the avalanche, but three others died before we could reach them,” he added.

Severe snowstorm has lashed most of the provinces since Wednesday, with avalanches on the two mountainous Haraz and Firouzkooh roads, the major routes connecting Tehran to the northern Mazandaran Province.

“There are no exact figures on how many people are missing or buried under the snow. But we’re carrying on with the search operations,” said Hossein Ketabdar, director of Iranian Red Crescent Society’s Tehran wing.

Nearly 80 roads across the country have been affected as snow and blizzard continue in 18 provinces and travelers face severe challenges in reaching their destinations, said Morteza Salimi, head of the Relief and Rescue Organization at the Iranian Red Crescent Society, ISNA reported. The IRCS reached out to 9,800 travelers in the area and over 5,320 people trapped by the snow on Firouzkooh and Haraz roads were provided emergency shelter since Thursday night.

Provinces of East and West Azarbaijan, Ardebil, Isfahan, Alborz, Chaharmahal and Bakhtiari, North Khorasan, Khorasan Razavi, Zanjan, Semnan, Qazvin, Kordestan, Kermanshah, Kohkilouyeh-Boyer-Ahmad, Golestan, Gilan, Mazandaran, and Markazi have been under heavy snowfall since February 1 and rescue and relief operations are continuing. The capital Tehran, where heavy snowfall has indeed become an exception in the winters in recent years, was blanketed with snow on Thursday.

While extra traffic police have been deployed to the affected areas and teams dispatched to re-open closed highways, relevant authorities and emergency services have asked people to postpone any unnecessary trips until the weather clears.