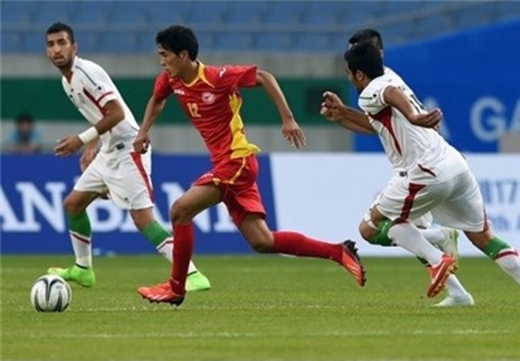 Iran has secured a 5-0 victory against Nepal in Group C of the 2016 AFC U-23 Championship qualifiers; On Friday, Iran will take on Palestine.

Iran defeated Nepal 5-0 at Tehran’s Azadi Stadium in Group C of the 2016 AFC U-23 Championship qualifiers on Monday.

Arsalan Motahhari put the home side one up after 14 minutes before a 27th minute penalty from skipper Behnam Barzay gave Iran a 2-0 lead.

Sardar Azmoun made it 3-0 in the 55th minute and Ali Karimi scored Iran’s fourth goal in the 67th minute. Shahin Saghebi rounded off the victory three minutes from full time.

Iran will take on Palestine, who defeated Afghanistan 2-0, on Friday.

Ten group winners and five best second-placed teams from all groups will join host Qatar at the AFC U-23 Championship 2016, with January’s 16-team competition also serving as Asia’s qualifying tournament for the Olympic Games in Rio.