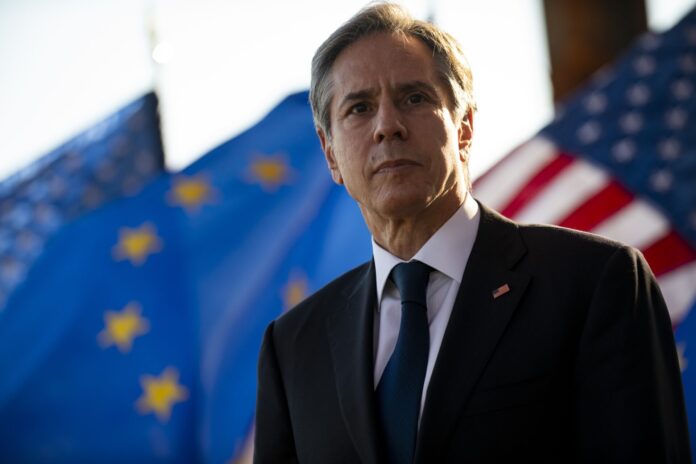 US Secretary of State Antony Blinken says Iran is running out of time to return to the nuclear deal. Tehran stresses it is ready to restart talks on reviving the landmark agreement, but not under Washington pressure.

Blinken renewed warnings Thursday that time was running out for Iran to return to a nuclear deal, saying it was up to Tehran to act.

“The ball remains in their court, but not for long,” Blinken told reporters in Pittsburgh where he took part in US-EU trade talks.

“There is a limited runway on that, and the runway is getting shorter,” he added.

Blinken reiterated that President Joe Biden was willing to return the United States to a 2015 accord in which Iran drastically scaled back nuclear work in return for promises of economic relief.

Former President Donald Trump trashed the deal known formally as the Joint Comprehensive Plan of Action (JCPOA) and re-imposed sweeping sanctions, which Iran wants removed before it undoes a series of steps out of compliance that it took to protest the pressure campaign.

“Simply getting back to the terms of the JCPOA at some point will not be sufficient to recapture the benefits of the agreement because of the progress Iran has made,” Blinken noted.

Blinken added that the Biden administration has been engaged “in very good faith for many months” in indirect talks in Vienna with Iran on returning to compliance.

Iran requested a break in talks in June due to a political transition as Ebrahim Raisi became president, replacing Hassan Rouhani who entered the nuclear deal and favored better relations with the west.

No date has been set for talks to resume, although Raisi has said that he backs diplomacy to end sanctions.

On September 21, Foreign Ministry Spokesman Saeed Khatibzadeh stated the 4+1 group of countries that remain party to the JCPOA will resume nuclear negotiations in Austrian capital Vienna within the next few weeks.

During the last official meeting with the president and the cabinet members of the twelfth government in late July, Leader of the Islamic Revolution Ayatollah Seyyed Ali Khamenei said that one key lesson for future administrations to learn from the experience gained during the tenure of Rouhani is that there is no benefit in putting one’s trust in the west.