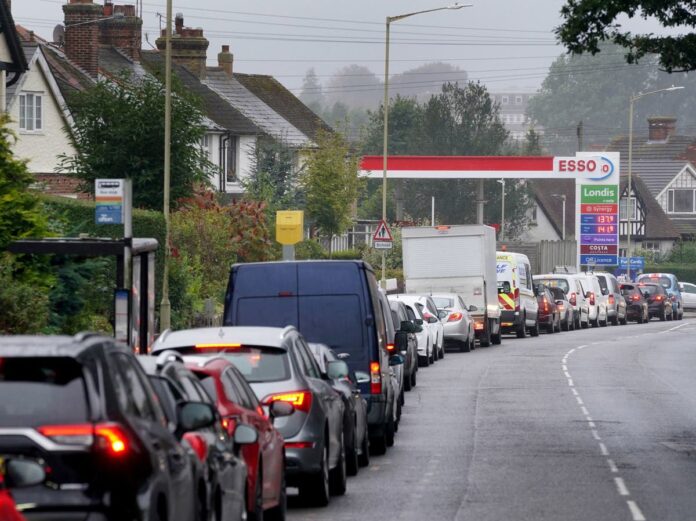 UK Prime Minister Boris Johnson has acknowledged that he was earlier warned of the driver shortages which led to the ongoing long queue for petrol, unprecedented demand for fuel across the United Kingdom and the closure of thousands of petrol stations a “long, long, long” time ago.

He did not deny chancellor Rishi Sunak’s warning that problems could last until Christmas, saying: “Rishi is invariably right in everything he says.”

But the prime minister pointed the finger of blame for the crisis firmly at employers, who he said had failed over a number of years to invest in drivers’ wages and conditions, opting instead to rely on cheap migrant labour from abroad.

Despite evidence that Britain’s queues at petrol stations and empty supermarkets shelves are not being seen in its EU neighbours, the PM insisted that the driver shortage was a global problem.

Speaking on BBC1’s Andrew Marr Show, he blamed the chaos on the forecourts on excessive demand from motorists and said queues were now “abating”.

He made light of warnings that 120,000 healthy pigs will soon have to be destroyed because of the shortage of workers able to process them for human consumption.

Asked about desperate farmers’ concern that they will have to cull animals due to post-Brexit labour shortages in the meat-processing industry, Johnson told Marr: “I hate to break it to you, Andrew, but I’m afraid that our food processing industry does involve the killing of a lot of animals.”

“The great hecatomb of pigs that you describe has not yet actually taken place. Let’s see what happens,” he added.

Johnson said that a shift to higher wages was a key benefit of Brexit, but admitted that the country will have to go through “a period of adjustment” before gaps in the workforce are filled.

The prime minister was also pressed over a warning from the Road Haulage Association which wrote to him in June saying a major crisis was building in their industry due to the shortage of HGV drivers.

He responded: “We have known about shortages in road haulage long, long, long before then. They have been a chronic feature of the way the road haulage industry has worked.”

“What we had for decades was a system whereby basically the road haulage industry … was not investing in the truck stops, not improving conditions, not improving pay,” he noted.

“And we relied on very hard-working people who were willing to come in, largely from European accession countries, to do that work under those conditions,” he continued, adding, “When people voted for change in 2016 and when people voted for change again in 2019 – as they did – they voted for the end of a broken model of the UK economy that relied on low wages and low skills and chronic low productivity. We’re moving away from that.”