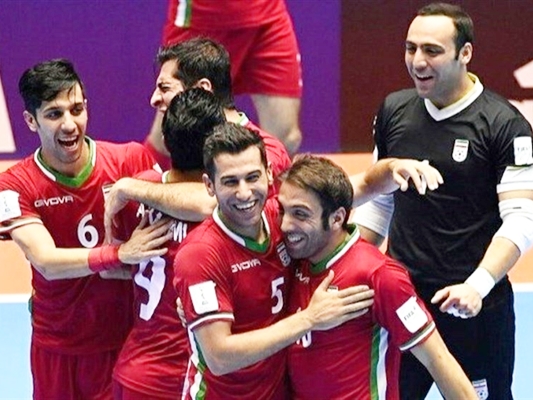 Ahmad Esmaeilpour and Mahdi Javid scored two goals each for Iran and Francisco Martinez, Juan Salas and Rene Villalba were on target for Paraguay.

The Iranian national futsal team shocked five-time champion Brazil in a penalty shootout in the round of 16.

The Iranians will now go up against Russia in the semi-final.

The 2016 FIFA Futsal World Cup tourney, the eighth edition of the tournament, opened in several Colombian cities on Sept. 10 and will run until Oct. 1.

On Sunday, Argentina will square off against Egypt in Medellin and Azerbaijan will play Portugal in Cali.