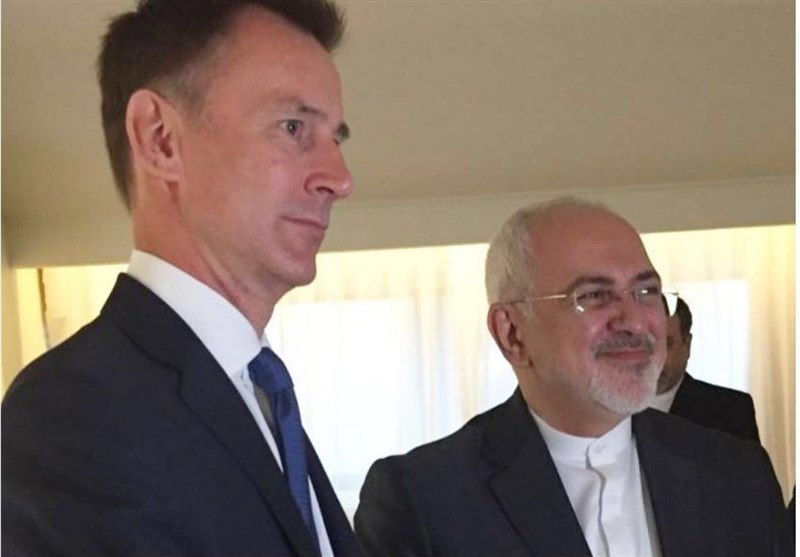 British foreign secretary Jeremy Hunt has discussed the issue of the seized oil tanker belonging to the UK with his Iranian counterpart Mohammad Javad Zarif who is in Venezuelan capital Caracas.

In a phone conversation, the two sides talked about the latest developments regarding the seizure of the vessel.

Iran’s Zarif reiterated that unlike the unlawful act of the UK in seizing the vessel carrying Iran’s oil, the Islamic Republic’s move was carried out upon the request of Ports and Maritime Organization of Iran.

He also noted that as the British ship has violated the regulations, this case must go through judicial and legal channels.

Iranian IRGC forces seized a British-flagged oil tanker in the Strait of Hormuz on Friday, as tensions mount between Tehran and the West.

Iranian officials say the IRGC seized the British tanker Stena Impero after it collided with a fishing boat.

The ship, carrying a crew of 23, was empty and heading to Saudi Arabia, said the vessel’s owner Stena AB Group.

The British media try to describe Iran’s move as a tit for tat action in response to Britain’s seizure of the Grace1 super-tanker off the Spanish coast of Gibraltar earlier this month.

But as more information comes to light it appears that the British-owned tanker, Stena Impero, was in breach of international regulations, in addition to posing a threat to the environment.