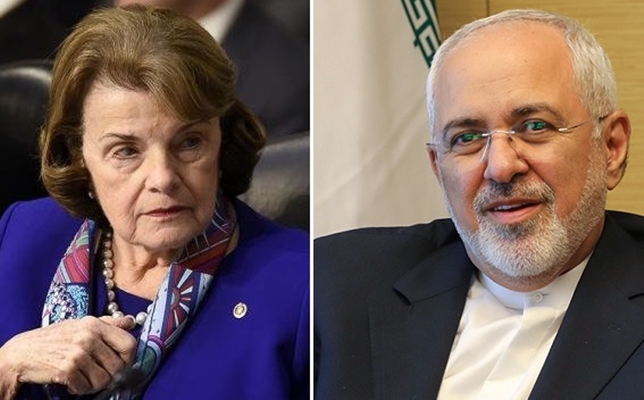 Iran says the meeting between Foreign Minister Mohammad Javad Zarif and US Democrat Senator Dianne Feinstein during the former’s latest visit to New York was aimed at deterring the hawks in the Trump administration from influencing the US public opinion.

“Dialogue and exchange of views with America’s non-administration political elites, including members of Congress (who are not administration officials), have been taking place for more than two decades with the aim of shedding light and elaborating on the Islamic Republic’s policies,” Mousavi said on Saturday, when asked about Zarif’s meeting with a US Senator.

He said such people are not administration officials, and do not have the authority to negotiate.

“Iranian officials have never held any negotiation with them and will never do so in the future,” he said.

According to the spokesman, the main goal of such meetings – which indeed cost the Iranian foreign minister a lot of time and energy during his tight-scheduled visits – is to prevent certain lobby groups like the B-Team from influencing the US’ political society and public opinion.

“That’s why such meetings usually spark harsh criticisms from the radicals,” he added.

Earlier, the Iranian Mission to the UN in New York confirmed that Iran’s top diplomat met with Senator Feinstein, a democratic senator from California weeks ago.

Feinstein, the former chair and vice chair of the Senate Intelligence Committee is currently the minority as a Democratic member of the Senate.