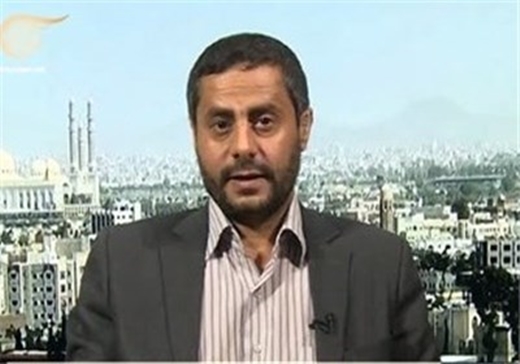 Ansarullah has warned of the serious consequences the invading Saudis will have to face in response to their military campaign against Yemen.

Yemenis will definitely respond to the Saudi-led attacks, an official with the Ansarullah movement underlined, saying the appropriate place and time for such reaction is left to the discretion of the Yemeni army and voluntary forces.

Speaking to the Tasnim News Agency, Mohammed al-Bukhaiti, a member of Ansarullah’s political council, warned of the serious consequences that invading Saudis will have to face in response to their military campaign against Yemen.

Ansarullah has not so far responded to the Saudi-led strikes to give the aggressors the time to think twice, he added.

“The response will be certain,” Bukhaiti reiterated, noting that the decision for the time and place of reaction comes within the purview of the Yemeni army and voluntary committees, with “all options” on the table.

He also called for the return of Yemenis to the negotiating table to settle the conflicts in the Arab country, stressing that any political decision needs to be made through Yemeni-Yemeni dialogue and consensus among all parties.

On Thursday, UN Secretary-General Ban Ki-moon warned about the consequences of the continued blockade on Yemen, saying that dire fuel shortages in the Arab country were threatening to bring all relief operations to a halt “within days”.

The UN chief called for an “immediate resumption of fuel imports to avoid making the already catastrophic humanitarian situation in Yemen even worse.”