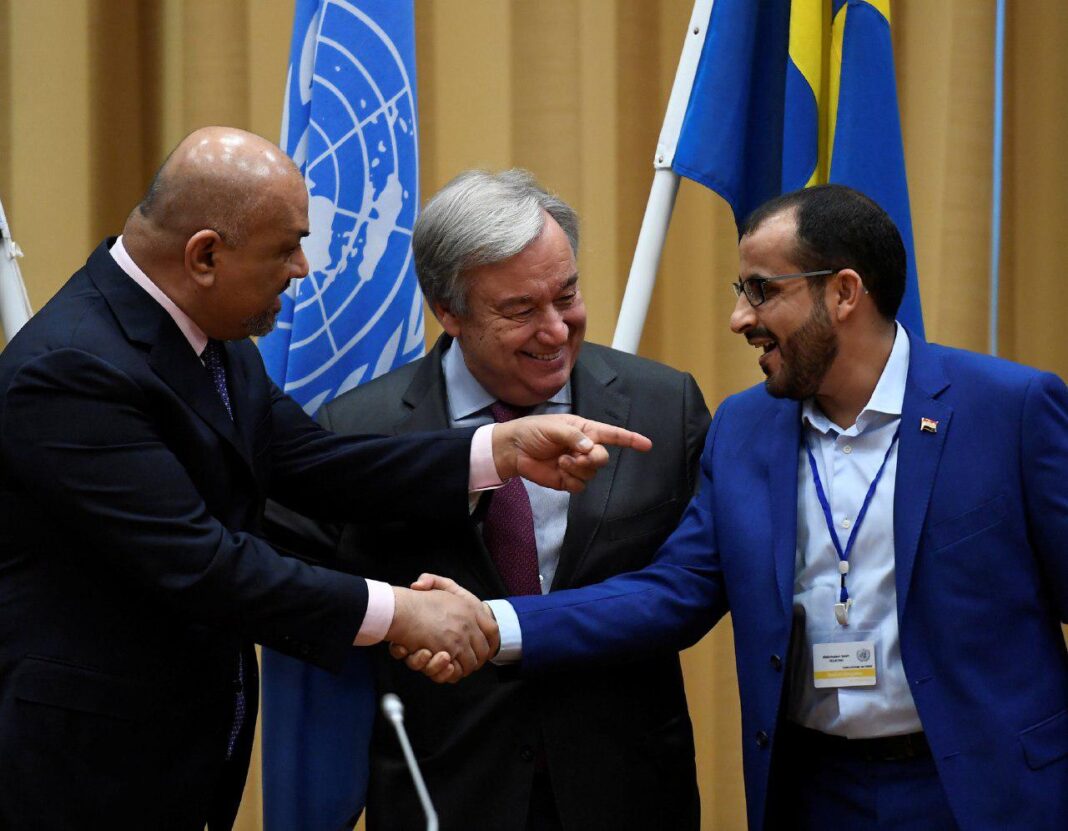 Yemen's warring sides finally achieved a major breakthrough on the final day of peace talks in Sweden on Thursday, agreeing terms on a ceasefire for the strategic port city of Hudaydah which serves as a major lifeline for 18 million Yemenis living in disputed areas.

UN Secretary General Antonio Guterres told reporters on Thursday that the two sides had agreed to a governorate-wide ceasefire as well as an agreement to ease the situation in the flashpoint city of Taiz.

“The war in Yemen has gone on for four years. Four devastating years of suffering for the Yemeni people,” Guterres said.

“Thank you for coming here to discuss a better future for Yemen. And what you achieved is an important step.

“You have reached an agreement on Hudaydah port and city, which will see a neutral redeployment of forces from the port and the city and the establishment of a governorate wide ceasefire,” he said.

Restrictions by a Saudi-UAE coalition, which controls Yemen’s waters, on goods entering the port have exacerbated Yemen’s humanitarian crisis, with some 22 million people currently needing assistance.

“The UN will play a role in the port. And this will facilitate the humanitarian flow of good to the civilian population and it will improve the living conditions for millions of Yemenis,” Guterres said, Al Jazeera reported.

Representatives from the Yemeni government and Houthi Ansarullah Movement had been holding closed-door discussions with the UN special envoy for Yemen, Martin Griffiths, since last Thursday aimed at discussing ways to end the fighting that has killed more than 60,000 people.

The talks in the Swedish town of Rimbo, some 60km north of the capital Stockholm, were not intended to reach a political solution to the conflict but instead introduce a set of confidence-building measures that could pave the way for more comprehensive peace talks.

Earlier this week, the opposing sides agreed one such measure with more than 16,000 prisoners expected to be released early next year.

After months of secret negotiations the two sides submitted separate lists to the UN for prisoner releases, with the Yemeni government submitting the names of some 8,576 detainees including teachers, children, tribal figures, women and Imams; while the Houthis submitted the names of some 7,487 people.

Guterres told reporters that the two parties also reached a “mutual understanding” to ease the situation in the city of Taiz.

“This will lead to the opening of humanitarian corridors and the facilitation of goods,” he said.