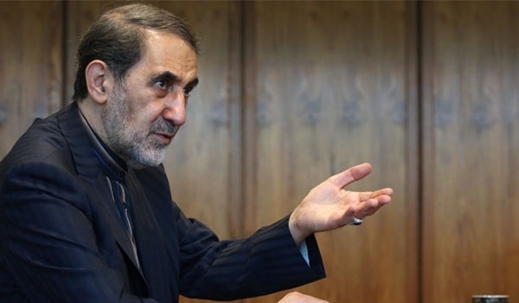 Iran has repeatedly underlined the necessity for an independent government in Syria if the world does not want to have another Libya, Velayati said.

The Supreme Leader’s advisor for international affairs Ali Akbar Velayati has blasted certain Western and regional countries for their attempts to overthrow Syrian President Bashar al-Assad and said Assad is the only one to save Syria.

Velayati made the remarks after meeting with Spanish Foreign Minister Jose Manuel Garcia-Margallo in Tehran on Monday.

“We discussed the issue that settling the crisis in Syria is not possible militarily and can only be resolved through political means,” he told reporters, elaborating on the content of his talks with Garcia-Margallo.

Velayati blasted certain regional and Western states’ interference in Syria as the main contributor to “instability in Syria”, saying that Iran has repeatedly underlined the necessity for an independent government in Syria if the world does not want to have another Libya.

“Yet, some countries persisted in overthrowing Bashar Assad, which was a mistake and the world is now facing its repercussions,” he added.

Noting that militants from 80 countries are fighting in Syria, Velayati said, “No one can save Syria from this situation like Assad and the UN Security Council members as well as the neighboring and regional states should try to find a solution.”

Earlier, Foreign Minister Mohammad Javad Zarif called on supporters of terrorist groups in Syria to stop their attempts to overthrow the Arab country’s legitimate president, and expressed regret that their insistence on toppling President Assad has blocked peace and tranquility in the country.

“Those who have set a condition about the Syrian president in the past two years should be blamed for the continued war and they should account for the bloodshed in the past few years,” Zarif said in a joint press conference with Garcia-Margallo.

Stressing that merely the Syrian people are entitled to make a decision about their country’s president, he called on supporters of the terrorist groups to give up their selfish motives and short-term benefits that they pursue at the expense of the Syrian people, and let the restoration of peace and reconciliation happen in Syria.

“We insist that everyone try the political solution to end the crisis in Syria and give up their dream of bringing about an end to the situation in Syria through military means,” Zarif said.