Why General Soleimani Is Seen as Popular Hero in Iran 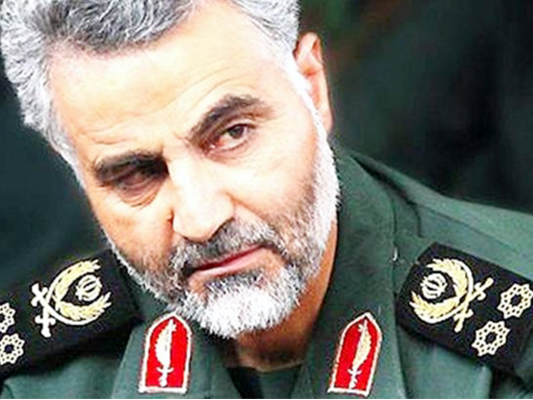 In a recent report, the US-based Atlantic Council has discussed why General Qassem Soleimani, the commander of IRGC Quds Force, is considered by many Iranian people as a selfless and popular hero.

“Gen. Qassem Soleimani, the head of the Quds Force of Iran’s Revolution Guards, is among the most popular public figures in Iran, where supporters see him as a selfless national hero who has been fighting Iran’s enemies,” wrote the Atlantic Council in a recent report.

“It is interesting to note that his supporters sometimes call Soleimani by the name ‘Haj-Qassem; or even ‘Sardar-e Delha,’ the commander of hearts,” it added.

“Soleimani is mostly seen wearing khaki pants and shirts in the battlefield. He also projects a fatherly image. In March 2015, a video of him appeared on the Internet, in which he advised one of his young supporters to be respectful to his parents and to fulfill their wishes. These characteristics support his image as a charismatic, yet modest soldier.”

“His popularity stems largely from the Iranian mindset and the appreciation for selflessness and modesty,” the article remarked, adding that Iranians tend to support “charismatic and humble leaders.”

“Another possible reason behind Soleimani’s popularity among Iranians is his apparent lack of interest in domestic politics,” the website stressed.

“Dr. Sadeq Zibakalam, a professor of political science at the University of Tehran, and a supporter of the reform movement, has argued that Soleimani is trusted by reformists and conservatives alike, because he has stayed away from domestic politics and remained focused on his duties outside Iran.”