What Technology Can Do in Fast-Growth Cannabis Industry 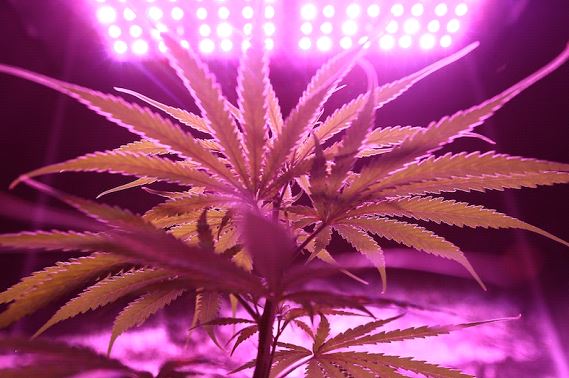 The rapid growth of the cannabis industry in the USA has market analysts watching very closely. Expected to reach a value of around $100million as soon as 2026, it is one of the most fancied markets in the world right now.

In the early years of the industry the signs were that further developments in technology were eagerly sought as the primitive nature of vaping devices – known as mods thanks to their origins as modified devices – meant that people were seeking newer and more efficient devices. This saw many new names enter the market as development of technology began at a pace. As we shall see, the actual technology behind a vape pen, for example, is surprisingly simple, yet getting it right has meant a great deal of research and development.

It’s not just in the vaping that technology can help the cannabis industry, but in the growing too. Now that growers can openly grow and harvest cannabis, they are able to purchase more effective heat lamps and other devices that can help with incubation and growth. Demand has risen very fast and they have had to move quickly. What has happened is that more varieties of cannabis have been made available, quality control is much better, and users are guaranteed the best product from suppliers – growers and retailers – who actually care.

In terms of technology and development, the vape pen is perhaps the best example of how things have shaped up. Now, these very simple and cheap devices are among the most popular way of vaping marijuana, which is a much safer way than smoking. This applies to CBD products too, which are effectively marijuana without the THC – the psychoactive element.

A vape pen is a simple combination of a reservoir or cartridge on which the vape oil is present, a vaporizer, and a battery. It is with the battery that the greatest development and advancement has been made. Most vape pens and mods now use a 510 battery. The 510 battery is found to be most common in oil vaporizer. It refers specifically to the power source which powers the cartridge. These tiny batteries represent a major step forward in terms of cannabis use, as well as industry growth, and make it much easier for all involved.

The cannabis industry in the US shows no signs of slowing in terms of development rate, and is set to continue expanding at the alarming rate it has shown in the past few years. To go from practically nothing to a $100m market – as is expected – in just a decade is phenomenal. Research into technology – especially in the areas of batteries – has made manufacturing easier, but there are still some areas that are ripe for further research and development.

One such is that of how vape pens and devices are made, and how they can be developed into recyclable and reusable products. Batteries can be recharged, which is a great development in terms of eco-friendliness, and there are many researchers looking into further developments in the design of the products which are, in many ways, still in their early days.

This is a market that has all hands on deck right now developing new products all the time, and one worth watching for future expected growth.