What helped President Assad weather the political storm in Syria 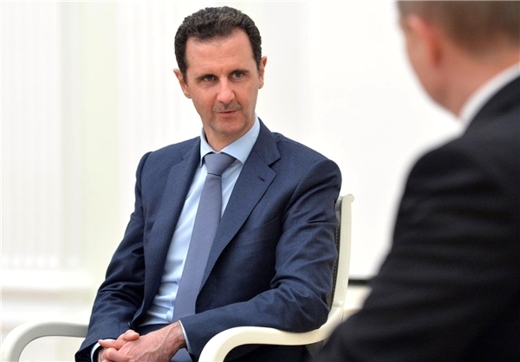 A former Iranian Foreign Ministry official has said that the Joint Comprehensive Plan of Action has been a real help to Iran’s greater involvement in international efforts to solve regional questions.

A former Iranian diplomat says that the nuclear deal Iran struck with P5+1 back in July is a key factor in Iran’s growing influence in the region.

Khabaronline.ir on November 23 published an interview with Javid Ghorban Oghli, a former Foreign Ministry official, on Iran’s regional diplomacy, including the Syrian crisis. The following is the translation of part of the interview as picked by Khabaronline.ir:

A: The fact of the matter is that the world has come to the conclusion that it cannot solve the Syrian crisis without Iran’s help. Iran tried to act in line with its own strategies in Syria and help protect the Syrian establishment with Mr. Assad remaining at the center. It is no secret that certain regional countries such as Saudi Arabia, Turkey and Qatar were opposed to Iran’s efforts and mobilized their energies to topple the Syrian regime and oust Assad. Moreover, they also had the support of the international backers such as France and the US.

This did not happen. It seems to be a tough job to assess the role Iran plays [in the Syrian crisis]. A combination of factors such as the will of Syria to stand [on its own two feet] with the help of Iran as well as assistance by international allies such as Russia and, to a lesser extent, China contributed to this.

Consequently these factors joined hands to help Mr. Assad ride out this crisis. There is no denying the fact that it came at a cost. Syria was destroyed, more than 250,000 people were killed and around 10 million people were displaced. This was a hefty price.

To assess the upsides and downsides, we should say that the situation would have been different if Assad had made reforms and held dialogue with the opposition at the right time. The reason why the developments led up to the current situation is not what matters here. These three factors contributed to Assad’s survival. Prior to this, the West denied Iran’s role in the efforts to settle the Syrian crisis.

Iran was not invited to the Geneva Conference. In spite of being invited by the UN secretary general, Iran was not allowed by the Americans to attend the conference. Over time, the supporters of the Syrian opposition came to realize that the question will remain unsolved without Iran’s involvement.

On the other hand, Iraq’s experience helped them realize that the Syrian disintegration does not serve their interests and that the ouster of Assad removes no problem. All these factors which were at play helped all parties involved to opt for a diplomatic solution to the conflict in Syria.

Q: What happened that they decided to invite Iran to the international conference on Syria this time around?

A: It is a key point. That the stage has been set for working out a political solution is a sine qua non, and its adequate condition was created by the conclusion of the Joint Comprehensive Plan of Action (JCPOA). Had it not because of JCPOA, I think it would have been unlikely for Iran to be invited.

I should say that the role Iran [is to play in the settlement of crisis] in Syria is one of the big achievements of the Joint Comprehensive Plan of Action. Its achievements will not be confined to the Syrian question and will be extended to other issues as well.

The fact of the matter is that the psychological barriers to Iran’s presence in the Syria talks were removed. If it [JCPOA] had not been the case, Iran would not have been invited. In addition to what I have already mentioned, JCPOA produced other results on the diplomacy front such as the removal of barriers standing in the way of Iran taking part in such conferences.

Q. After two rounds of talks in Vienna with Iran in attendance, it seems that the major bone of contention among players is the future of Assad. How do you see this?
A: The conference dealt with several questions. Whether or not Assad should be part of the peace process was only one of them. Countries were unwilling to accept Assad’s role in the process, and that was the main bone of contention. It seems an agreement has been struck on that too. The Saudis were the last one to oppose. [Their foreign minister] Adel Al-Jubeir said that Riyadh was in favor of a political solution provided that at the end of the day Assad was not in power and the process led to the formation of a transition government.

On the international front, the French were insistent on that [formation of a transition government]. Despite their initial harsh rhetoric, the diplomatic language the Americans have adopted of late shows that they have backed down. Whether it is the result of talks between Foreign Minister Zarif and Secretary Kerry I don’t know. Despite all the denials, I am sure the question of Syria has come up for discussion in their meetings.

The other issue parties to the talks agreed to in Vienna 2 was the ceasefire. Deciding a timetable for the formation of a transition government within six months and one for a referendum within 18 months was a positive thing many never imagined they would agree on. But it was achieved.

Another important issue, which in progress, is that groups which can be represented in the transition government are being named. The criteria which allow opposition groups to be part of the transition process and the political order are important too. As you said for now the future of Assad is the main bone of contention between Iran and its allies on the one hand and the Western countries on the other.

I believe insistence on the survival of Assad does not serve our interests at this juncture. President Putin has reportedly told President Assad during a recent visit to Moscow that he needs to prepare to pack his bags. If that is really the case, our disagreements take on a serious dimension. We had better base our Syria strategy on realities on the ground.