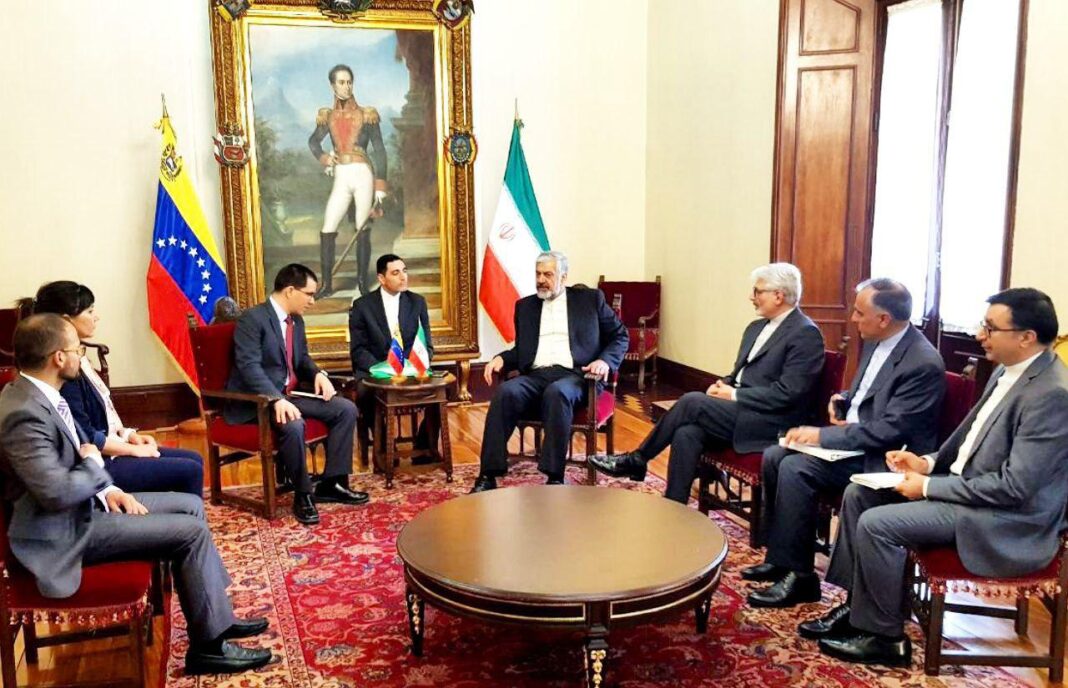 Venezuelan Foreign Minister Jorge Arreaza says his country supports Iran in its efforts to defend its sovereignty and territorial integrity against the US and the Western sanctions.

Arreaza on Friday expressed Venezuela’s full support for the stances and views of the Islamic Republic in its fight against the US’ totalitarianism and hegemony.

“Venezuela has already experienced the US’ aggressive policies and therefore supports the Islamic Republic in its efforts to defend its sovereignty and territorial integrity against the US and the West’s sanctions,” he said in a meeting with Iranian Deputy Foreign Minister and President Hassan Rouhani`s Special Envoy Morteza Sarmadi in Caracas.

The Venezuelan top diplomat then dismissed the US administration’s unilateralism and said like its other violations in the past, the US withdrawal from the Iran nuclear deal reveals that Washington attaches no significance to international treaties and deals agreed on and signed by the US officials.

He then hailed Iran’s role in fight against terrorism and underlined the country’s strategic status in creating stability in the Middle East.

Sarmadi, for his part, hailed the close relations between Iran and Venezuela and said the two sides routinely exchange views on various mutual, regional and international issues.

He noted that Iran and Venezuela condemn the US’ unilateralism as well as its violation of international treaties and commitments including the Iran nuclear deal.

“Caracas views the unilateralism as a sign of the US’ hegemonic policies which threaten the international peace and security,” he added.

Sarmadi also called for closer coordination among the countries that are on the front line of fight against the US’ policies.

These countries should convince other states to step into the fray and stand against Washington, he added.

During the talks, the two sides also explored ways to enhance and strengthen mutual ties in various political, economic, trade and cultural areas.

At the end of the meeting, the two sides held a joint press conference and responded to reporters’ questions.

In recent weeks, President Rouhani’s special envoys have travelled to different countries and conveyed the president’s message about the Iran nuclear deal to his opposite numbers and other heads of state. Sarmadi earlier held talks with Bolivian President Evo Morales, and Deputy Foreign Ministry for Economic Affairs Gholam-Reza Ansari met the Brazilian foreign minister.