US to Withdraw from Syria to Fulfil Trump’s Electoral Pledges: Nasrallah 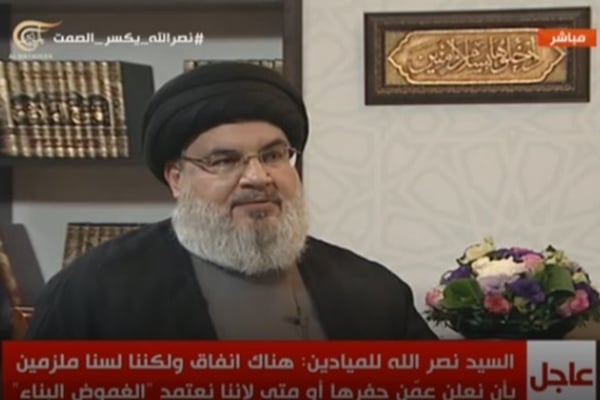 US President Donald Trump is genuine in his decision to bring back troops from Syria, the Hezbollah chief said, arguing he needs to fulfil his electoral pledges that Washington would move out of the region.

Secretary-General of Hezbollah Seyyed Hassan Nasrallah told the Beirut-based Al-Mayadeen TV in an interview on Saturday that the US announcement is rooted in Trump’s electoral speeches criticising the costly interventions of the US in Syria.

Nasrallah said Trump lamented that the US sent its youth to other regions to be killed and spent 7 trillion dollars in the Middle East to no avail.

Trump, unlike his predecessor Barack Obama, was sincere in his positions toward other countries, asking countries in Middle East, Europe and East Asia to pay for the US protection, he said.

US President Donald Trump said on December 19 that he will pull 2,000 US troops from Syria, in an abrupt announcement that caught US allies in the region by surprise.

Trump’s declaration that the American troops in Syria are “all coming back” following the defeat of ISIS in the country, prompted the resignation of Defence Secretary James Mattis.

Trump Could Have Withdrawn Sooner

Nasrallah said Trump first announced he would withdraw from Syria seven months ago, but he delayed the move after Mattis asked him to let the US make an achievement before its withdrawal.

“Then they went to Russia and told Russians we are ready to withdraw every single forces from Syria, if Iran and Hezbollah pull out from the country,” Nasrallah said.

The Russians transferred the request to Syria, but Hezbollah believed Trump would withdraw from Syria anyway, he added.

Iran said its presence in Syria is legitimate and Syria announced it will not use allies as bargaining chip in negotiations with adversaries, Nasrallah underlined.

The positions of Iran, Syria and Hezbollah made Trump disappointed with the plan, leading to his December 19 announcement that the US will get out of Syria soon, as they do not need to have a base in the country, he pointed out.

“Americans need no base in Syria to maintain military pressure on the country. They will do that through air and by planes,” noted Nasrallah.

The Americans have announced they no longer want to be the police of the region and this has worried their allies in the region, underscored Nasrallah.

According to Nasrallah, the US withdrawal has created worries in Saudi Arabia and the UAE that Turkey, a rival in Syria could take over the opposition in the country.

“The wariness has led them to move toward rapprochement with Syria, demonstrated in an announcement by the UAE that it would reopen its embassy in Syria.”

Late December, the UAE announced it will reopen its embassy in Damascus seven years after withdrawing its chargé d’affaires from Syria, the Emirati government said Thursday.