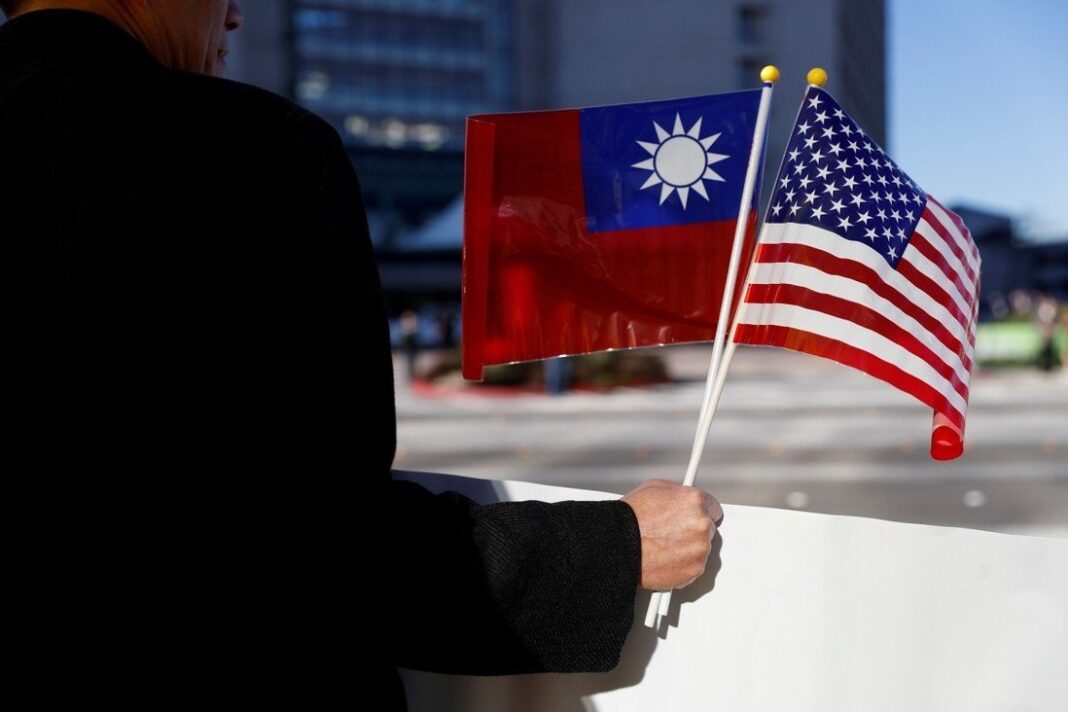 The US and Taiwanese officials have discussed how the island can "meaningfully" participate at the United Nations (UN) on Friday. The talks came just days ahead of Chinese President Xi Jinping’s speech at the UN on Monday to mark the 50th anniversary of the People’s Republic taking China’s seat at the global body.

US and Taiwanese officials discussed plans to allow the island to “participate meaningfully” at the UN on Friday in the latest move to upgrade Washington’s relationship with the island.

“The discussion focused on supporting Taiwan’s ability to participate meaningfully at the UN and contribute its valuable expertise to address global challenges, including global public health, the environment and climate change, development assistance, technical standards, and economic cooperation,” the statement added.

“US participants reiterated the US commitment to Taiwan’s meaningful participation at the World Health Organization and UN Framework Convention on Climate Change and discussed ways to highlight Taiwan’s ability to contribute to efforts on a wide range of issues,” it continued.

Taiwan, under the name of the Republic of China, had held the Chinese seat until then.

China views Taiwan as a breakaway province that must be reunited with the mainland, by force if necessary.

Although the US withdrew formal diplomatic recognition from Taiwan in 1979 when it established relations with Beijing, it is required by the Taiwan Relations Act to help the island to defend itself.

It has also maintained a policy of “strategic ambiguity”, in which it does not indicate whether it would take military action in Taiwan’s defence.

But relations between the US and Taiwan have been upgraded in recent years amid the escalating rivalry between Beijing and Washington. China has also intensified political and military pressure on the island.

US President Joe Biden caused confusion on Thursday when he told CNN that the US would come to the island’s defence in the event of an attack by mainland China. The White House later clarified that Washington’s policy toward Taiwan had not changed.

China’s foreign ministry has repeatedly called on the US not to send the wrong signal to proponents of Taiwanese independence. It said on Thursday that China had no room for concessions when it came to the issue of sovereignty and territorial integrity.

Shi Yinhong, a professor of international relations with Renmin University, said the Biden administration was following the previous administration’s policy of increasing official contacts with Taiwan, but given China’s international influence, Taiwan’s desire to return to the UN “cannot be achieved”.

“The United States hopes that through long-term activities, Taiwan’s international space will gradually expand and China’s international influence on the Taiwan issue will face setbacks,” he added.

“The United States and its allies, in terms of military, political, economic, and diplomatic measures to support Taiwan, may have a relatively large impact,” he continued.

Liu Weidong, a US affairs specialist from the Chinese Academy of Social Sciences, said the Biden administration was trying to adopt new tactics to further pressure China.

Liu said Washington was stepping up its engagement with Taipei to send a message to Beijing “that I have enough power to restrain you and that you have no power to fight back”.

He added: “China’s principle has been consistent that China cannot accept any country to develop official relations with Taiwan, but now internationally, the trend of building close contact with Taiwan is surging, not only the United States, but also France, Lithuania, the Czech Republic, these countries that used to have no conflict with China are first to the front. In such a context, China’s response to the Taiwan issue is more difficult and a test of top leaders’ political wisdom.”