US ‘Sets Condition’ for Release of Iranian Scientist after 8 Months 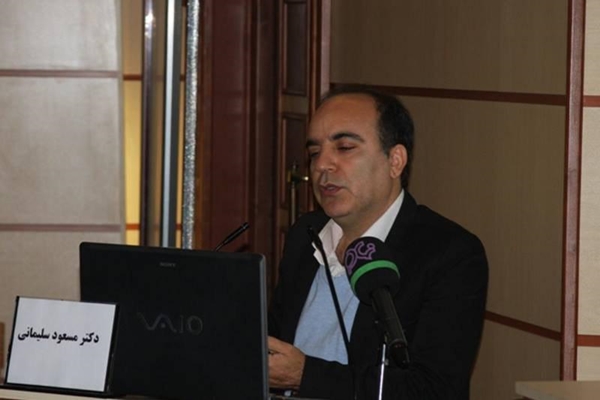 The brother of distinguished Iranian stem cell scientist Masoud Soleimani, who is in US custody, has expounded on the circumstances surrounding his arrest.

The internationally-renowned hematologist was apprehended on a flight to the United States eight months ago. He was visiting the United States on a research visa after getting an invitation from a research center in Minnesota. Reports suggest U-S authorities have accused the scientist of violating trade sanctions against Iran in 20-16, when such restrictions were non-existent.

His brother says Masoud Soleimani had been under pressure by the White House to make a confession.

“They asked my brother to confess that he had been trying to avoid sanctions, but he never succumbed to their demand,” said Masoud’s brother.

It has been a few days that the news of the apprehension of Masoud Soleimani, a full professor at Tarbiat Modarres University in Tehran, has gone viral in media and on social media networks. Around 2,000 Iranian university professors and students have launched campaign to support the top scientist. They have been collecting signatures for an electronic petition, calling for his release. His brother has talked about the conditions set by the US for his release.

“The story began when a well-known American institute, which is engaged in stem cell activities and which had conducted joint projects with my brother, asked him to cooperate with them on a new project. But it didn’t happen and my brother was arrested at Atlanta Airport before entering the United States,” says his brother.

He says the scientist has, over the past eight months, been held in a detention centre where individuals suffering from social disorders are kept.

“Over this time, we have been concerned about the problems he might have such as his illness; my brother suffers from the irritable bowel syndrome (IBS), and he has relapsed into his illness after his arrest,” says his brother.

“Unfortunately, my brother had not been briefed on his charges until recent days, and it was unclear why he had been taken into custody, but on May 14, a trial was held for him where his lawyers were also present,” says his brother.

“The accusation levelled against my brother is related to three years ago when two of his students, Mahboubeh Qaedi and Maryam Jazayeri, had packed five units of growth hormone for Masoud Soleimani. The hormone packs were confiscated at the airport, and the two researchers were first arrested, and then freed on bail of $ 200,000 and 300,000 after going on trial,” his brother says.

He says the scientist was cleared of the charge of buying banned equipment as he had purchased some research tools when Iran was not under sanctions.

“The only accusation levelled against my brother concerns the purchase of growth hormone,” he says.

“Although the issue is related to three years ago, the case is still open, and they had issued an arrest warrant for my brother in absentia,” he says.

“In a pre-planned scenario, a project was defined in a US clinic which Masoud had a lot of cooperation with, so that my brother would be encouraged to travel to the US over the promise that he would be involved in the project, and then he would be arrested,” he added.

“First, they told my brother that he had better leave the way open for compromise and accept that the [purchase of the] hormones were aimed at circumventing sanctions, but my brother refused to give in to their demand and said he hadn’t done anything wrong,” he said.

“Go examine all my educational records. There is no dark point in it,” my brother told them.

“All these show they don’t have any evidence against my brother and they cannot event find a weak point in Masoud’s [record of] scientific cooperation and research,” his brother underscored.

He said Washington has breached its promise in that regard, adding, “We will keep on pursuing the matter by following up on the case,” he added.

Mansour Gholami noted the US has identified the Iranian scientists who conduct research in certain fields, publish articles and order and purchase lab equipment.

“The United States has managed to get their names, one way or another,” he said.

“If this had something to do with the issue of sanctions, they would have announced it right at the beginning; but when they make scientists go to that country and they arrest them, it shows the Americans have laid traps for us,” he noted.

He said the ministry will follow up on the fate of Soleimani, who remains in US custody.

“Unfortunately, the exact timing of his trial is not clear,” the minister noted.

Internationally-renowned hematologist Masoud Soleimani was arrested on a flight to the United States eight months ago. The Iranian scientists was visiting the U-S on a research visa after getting an invitation from a research center in Minnesota. Reports suggest U-S authorities have accused the scientist of violating trade sanctions against Iran in 20-16, when such restrictions were non-existent.