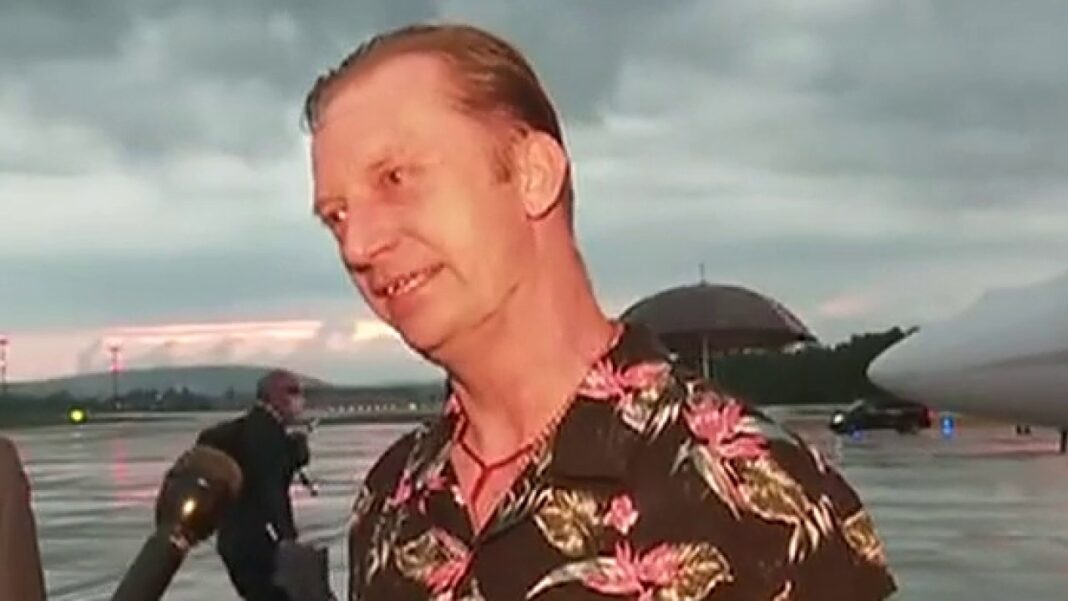 Iran’s Intelligence Ministry says US Navy veteran Michael White has been released and deported from Iran due to deterioration of his health and for humanitarian reasons.

Michael White was an American military man who entered the country two years ago as a tourist, an official from the anti-espionage department of the Iranian Intelligence Ministry said on Saturday.

“He intended to find an opportunity through misleading methods and communication with Iranian citizens, but he was arrested by the counterintelligence officers of the Ministry of Intelligence,” the official said.

“At the same time, he faced some complaints [from private plaintiffs]. Finally, after about two years, Michael White was expelled from the country due to the aggravation of his illness,” the official added.

The intelligence official further noted that some politicians in the United States, including Brian Hook, intended to use the possible death of Michael White as a media hype against Iran, but with his release their plots were foiled.

Elsewhere in his remarks, the intelligence source said US President Donald Trump desperately needs the support of public opinion after failure in containing the coronavirus, as well as mismanagement of protests against discrimination and racism.

“Therefore, Trump tries to reduce the fundamental differences between the Islamic Republic of Iran and the US regime to superficial issues and to make the most of any irrelevant and small issue as a context for negotiations with Iran,” Tasnim News Agency quoted the official as saying.

The Director General of Espionage at the Ministry of Intelligence also stated that Donald Trump is also a clear example of a person who wants to use every single opportunity to hold negotiations with Tehran and attract attentions.

“Of course, this kind of behaviour is not surprising while we know he has entered the White House from business market.”

“The Ministry of Intelligence emphasises that, as in the past, any anti-security action of the intelligence services, especially that of the United States, will be dealt with vigilantly and in the most professional way,” he concluded.