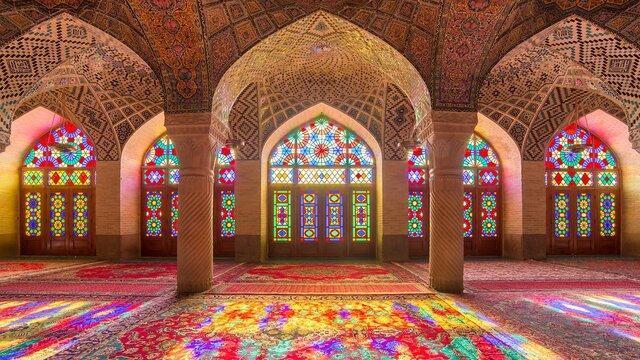 Condé Nast, one of the world’s most widely circulated tourism publications, has published a list of the world’s top 19 holy sites, including churches, hills and ancient temples, at a time when many borders have been closed due to COVID-19 pandemic.

The Pink Mosque in Shiraz is the selected image of this list. 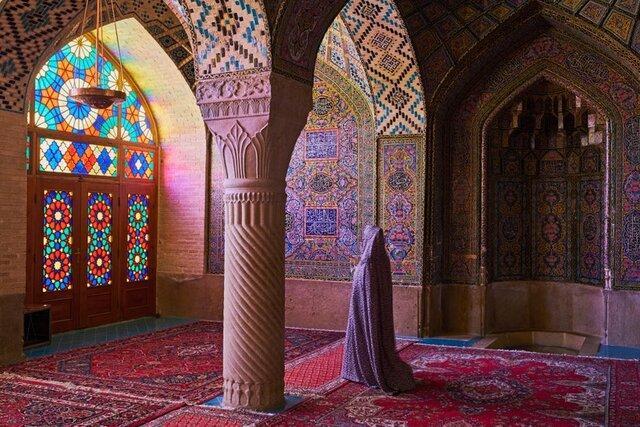 The Nasir al-Mulk Mosque, known to most foreign tourists as the “Pink Mosque”, is the fifth holiest place offered to adventurers and spiritual travellers in the report of this popular tourism magazine.

The mosque is famous for its dazzling tile colours and unique combination of stained glass and mosaic tiles. It was built in 1888 during Qajar dynasty rule of Iran. Construction began in 1876 upon the order of the late Hassan Ali Nasir al-Molk, one of the lords and aristocrats of Shiraz.

It is named in popular culture as the Pink Mosque, due to the usage of a considerable number of pink-coloured tiles for its interior design.

Condé Nast suggests travellers to visit the mosque early in the morning to have the best view.