US Hiding Database of Iran POWs Killed in Iraq: Commander 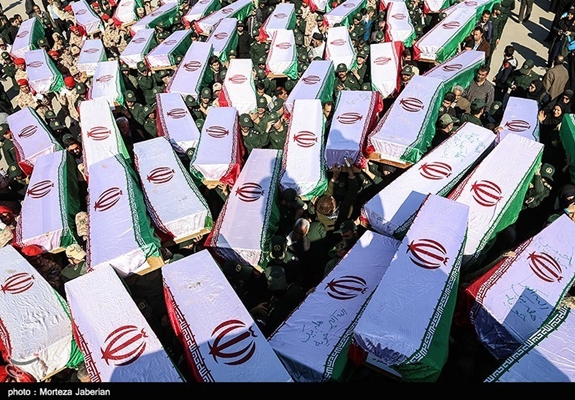 A full database of the Iranian prisoners of war martyred in the Ba'athist Iraqi jails is at the Pentagon’s disposal, which refuses to share the information with the International Committee of the Red Cross (ICRC), an Iranian commander has said.

In comments on Thursday, commander of the missing in action (MIA) search committee of Iran’s Armed Forces General Staff said the detailed information about the Iranian soldiers martyred in captivity in the Iraqi prisons under Ba’athist rule is not made available to Tehran, while the Pentagon holds that database.

When the US occupied Iraq in 2003, it stole the whole files of Iraq’s Defence Ministry related to the war that Saddam Hussein had imposed on Iran in the 1980s, General Seyyed Mohammad Baqerzadeh added.

The commander said the stolen database has been given to the American universities for research, while the US refuses to share it with the ICRC for the identification of martyrs.

The International Committee of the Red Cross has sent letters to the US requesting the information, but it has not been given a clear response from Washington so far, Baqerzadeh deplored.

Many Iranian forces were held captive in Iraqi prisons years after the end of war in 1988.