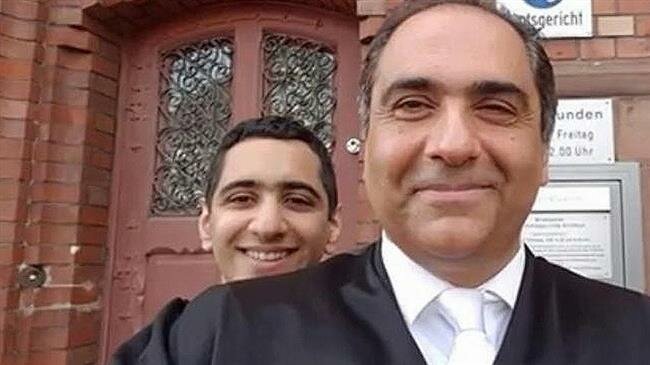 The US has denied a three-day visa to a German-Iranian father, who wanted to attend his son’s funeral procession in Washington.

Dr. Seyed Shahram Iranbomy, a human rights and discrimination lawyer who runs a law firm in Frankfurt, lost his 20-year-old son, Irman, in a car accident in Washington on June 10.

Iranbomy told German broadcaster DW on Friday that the US consulate in Frankfurt had rejected his visa request and accused him of taking advantage of his son’s death “to immigrate to America.”

Iranbomy was denied a non-immigrant visa because he “sought to procure a visa, other documentation, admission to the US, or immigration benefit by fraud or willfully misrepresenting a material fact,” read the official US consulate document.

The father also said the US consulate had told him that he “did not have roots in Germany.”

However, Iranbomy, who has lived in Germany for more than 40 years, said, “I am more German than Iranian,” adding that he was not interested in moving to the US.

He further noted that he had appealed the US consulate’s decision, but was yet to receive a response.

He also announced plans to file a formal criminal complaint over inhumane treatment.

“My son still has dignity today, not only my dignity is violated, but the rights of the person who is dead,” Iranbomy said.

Frankfurt Mayor Peter Feldmann wrote a letter to US Consul General Patricia Lacina to call for a review of the German-Iranian father’s visa application.

Iranbomy has organized a protest in Frankurt’s rebuilt historic city center near the cathedral on Sunday.

“I ask you, if your son was dead and the government didn’t allow you to give him to the earth, what would you do?” he asked US President Donald Trump.

Iranbomy had received a 10-year visa for both business and leisure travel during Barack Obama’s presidency, but it was revoked in 2017 after Trump took office.