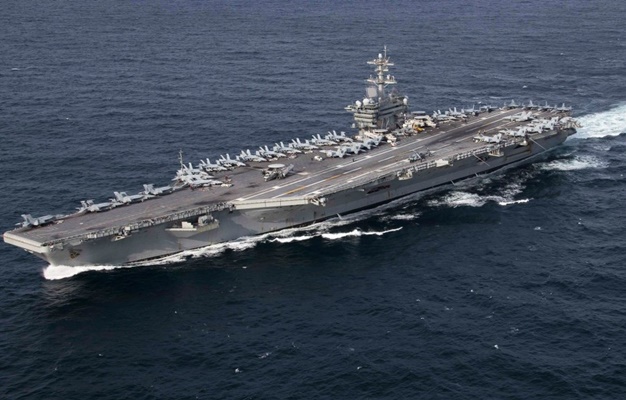 The US aircraft carrier, USS Abraham Lincoln Carrier, which was en route to the Persian Gulf to counter what the US called increased Iranian thrrat, has stopped in the Arabian Sea, an Iranian military source said.

The source who spoke on condition of anonymity due to the sensitivity of the issue, said monitoring the US latest military developments in the region reveals that despite Washington’s claims, the American forces in the region have made a defensive buildup.

“The USS Abraham Lincoln Carrier Strike Group has been stopped in the Arabian Sea. The US has also moved its other vessels out of the Persian Gulf so much so that the body of water has never been as empty as today,” the source added.

“So, the Americans lie about dispatching navy forces to the Persian Gulf,” the source was quoted as saying in a report by Tasnim news agency.

According to the source, the US has turned its routine security measures in the region into a tactic to press ahead with its psychological war to influence public opinion in the US and in the world.

The US and its allies’ media reports on Washington’s latest military developments in the region reveal that the US army units have made a defensive buildup seeking to protect themselves against possible threats, the source said.

According to the source, the America and its regional allies’ incapability to adopt any serious military measure against the Islamic Republic is revealed in the remarks made by their leaders. “They have repeatedly admitted that they are not seeking a war with Iran but as we see, they are waging a massive psychological war to dominate the world’s public opinion.”

The source added that Iran has never been an initiator of any war throughout its history but “Iran’s military forces have never been as prepared as today to stand against the US and its allies.”