US automakers can invest in Iran: Deputy industry minister 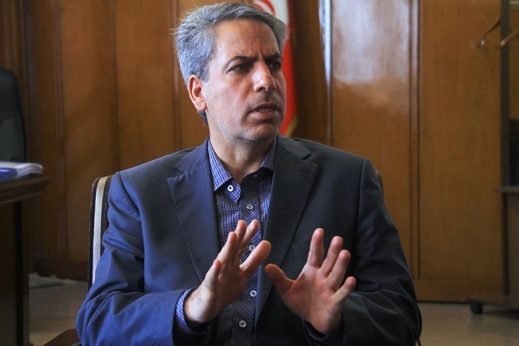 The deputy trade minister has said that the US import ban only applies to consumer products and should not be generalized to other areas.

The presence of American brands in Iran has kicked up a controversy in recent years. In the early months of the Rouhani presidency, Iranian officials gave Philip Morris International Inc. – an American global cigarette and tobacco company – the nod to produce cigarettes in Iran; [In light of recent instructions by the Supreme Leader, talks with the US company have now stopped], and more recently, a KFC outlet was inaugurated in Tehran only to be shut down 24 hours before the anniversary of the US Embassy takeover.

With the nuclear deal Iran and P5+1 clinched in Vienna on the cusp of implementation, many American companies are dreaming of making their way back onto the Iranian market. Local businesses which identify themselves as representatives of American firms have long been trying to have the American brands registered in Iran. Some pharmaceutical and food brands have already been registered.

Although many construed a recent statement by the Ministry of Industries, Mines and Trade as a blanket ban on imports of all American products, the deputy trade minister has said in an interview with Vaghaye-e Etefaghiyeh [a daily that recently hit newsstands] that American automakers can invest in Iran.

The following is the translation of part of a report the daily published on the possibility of American investment in Iranian automotive industry on December 14:

Deputy Minister of Industries, Mines and Trade Mahmoud Dodangeh said the government’s policy with regard to imports of goods from the US is in line with the laws. Under the laws, imports of consumer products are banned.

He further said that the ban only applies to consumer products and should not be generalized to other areas. Presently imports of technological and intermediate goods are not banned. Companies can place orders for science-based and industrial products and import them.

He also said under the country’s investment regulations American investors can find their way into the Iranian market too. As consumer products, American cars cannot be imported, but in accordance with the law, American carmakers can make investment in Iran and roll out vehicles in Iran.