“US, Allies Outraged by ISIS Defeat in Syria” 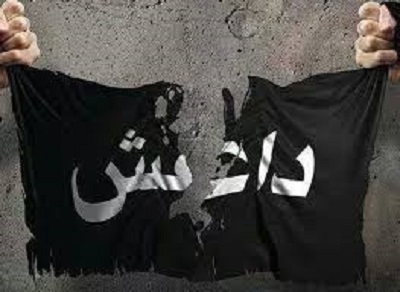 A political commentator says sponsors of ISIS are furious that the terrorist group’s domination in Syria has come to an end.

The end of the ISIS terror group’s domination over Syria has caused ripples among the terrorists. Political analyst and IRGC official Rasoul Sanaei Raad has, in an article published on the Basirat website, weighed in on the consequences of the terrorists’ defeat for their supporters. The highlights of the analytical piece follow.

The liberation of the town of Bukamal as the last urban stronghold of ISIS in Syria led to the terrorist group’s military defeat. The direct presence of top Iranian commander Major General Qassem Soleimani in the battle along with the struggles of the resistance front secured the victory and sounded the death knell for a caliphate based on modern Jahiliyyah and violence built upon US-style Islam and Takfiri Wahhabism, and neutralized an entity used as a proxy for hegemonic powers and Zionism to promote Islamophobia.

The developments which led to the defeat of ISIS and the victory of Iran and Hezbollah infuriated Al Saud rulers, the US and some of its Arab allies and the creators and covert supporters of the terrorist group, prompting them to accuse Iran of causing instability in the region and to call the Islamic Revolution Guards Corps (IRGC) a terrorist entity.

The Americans estimated that ISIS would remain in Iraq for the next decade, and envisioned no clear time limit for the presence of the terrorists in Syria. So, they couldn’t tolerate the ISIS’ defeat at the hands of resistance forces and Syrian troops. Therefore, they are furious at the defeat of ISIS, especially when the victory is associated with the name of Iran and Hezbollah. The US is cashing in on Saudi Arabia’s fear of its future and keeps thinking about selling arms to the Arab country while continuing to fuel tension and instability in the region.

France, too, has been opportunistic, and instead of learning a lesson from its initial collusion with ISIS and Al Saud in imposing the violent Takfiri terrorism on the region, are once again supporting terrorists. Of course, concerns over the seizure of the Hariri family’s assets by bin Salman and the withdrawal of their savings from French banks have also contributed to the illogical behavior of the Élysée Palace.

Interestingly enough, those who created and supported violent Takfiri terrorism, which imposed years of instability on the region and caused death and destruction in Iraq and Syria and made their people homeless, and who bred violent wolves to wage proxy wars in Asia, Africa, Europe and even the US and caused panic, instead of thanking the resistance front and saying they are sorry for their past mistakes have opted for “fuite en avant” (literally translated as ‘forward escape’) and accuse those who fought against terrorists of committing acts of terror and destabilizing the region.

The US and its Western and Arb allies consider ISIS’ defeat as their own, and seek to take vengeance upon those who caused the defeat. In the eyes of Washington and its allies, the defeat of ISIS means the influence and credibility of the victors will grow.

I wish they, instead of getting angry and resorting to force and hypocrisy to advance their interests, would learn lessons from their wrong policies and not repeat them.